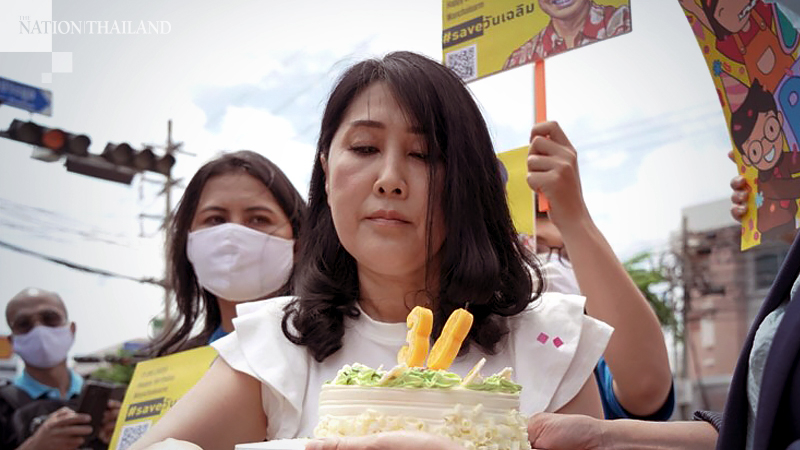 Piyanut Kotsan, AI Thailand director, said more than two months had passed since Wanchalearm disappeared but Thai and Cambodian authorities had made no progress in finding him.

Wanchalearm was abducted outside his Phnom Penh apartment by unknown men on June 4. He was the latest in a string of Thai political activists “disappeared” abroad since the coup of 2014, some of whom have later been found dead. His case has been taken up by anti-government protesters, but last week the hashtag #RIPWanchalearm began trending on social media amid rumours he was dead.

The Cambodian Embassy rebuffed AI and Wanchalearm family’s request to meet with Cambodian ambassador Ouk Sorphorn and refused to receive a petition signed by more than 5,000 people demanding action on the case from Cambodia, Asean states, the US, the UK, Australia, and others.

The petition also calls on Cambodia to meet its obligations as a state party to the International Convention for the Protection of All Persons from Enforced Disappearance.

Sitanan Satsaksit, Wanchalearm's older sister, said though it had been more than 60 days since her brother went missing, her family is still waiting for answers from both Thai and Cambodian authorities about Wanchalearm's fate and whereabouts. She also asked for the two countries to cooperate on an investigation. In July, the family appointed a lawyer in Cambodia in a bid pressure authorities there to open a serious investigation into his disappearance and bring the culprits to justice.

The family today took the opportunity to celebrate Wanchalearm's birthday with cake and cookies that they shared with Embassy staff, police, press and passers-by in front of the Cambodian mission.