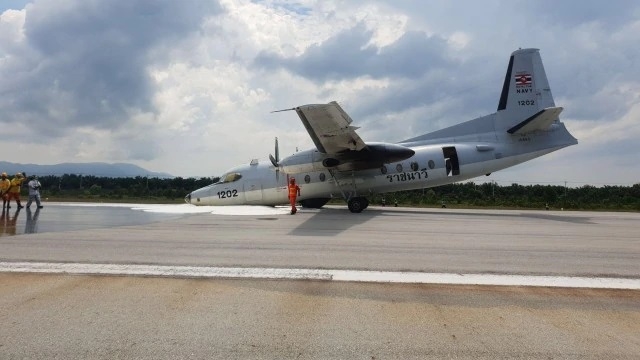 Narathiwat Airport had to shut down temporarily as a Navy plane blocked the runway after making an emergency landing. The airport was expected to reopen for normal flights today (August 12).

Department of Airports director-general Thawee Kesisamang said yesterday that at around 11.55am, the Royal Thai Navy requested an emergency landing for a Fokker F-27 aircraft, the front landing gear of which had malfunctioned. The plane was coming in from U-Tapao International Airport. 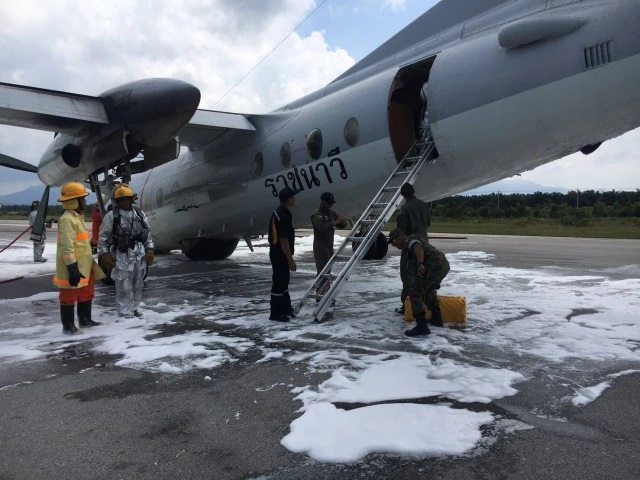 “The airport prepared for an emergency landing at Runway 02 and readied fire engines and rescue personnel just in case,” he said. “The aircraft landed safely with minor damage. The 11 crew including the captain are safe.” 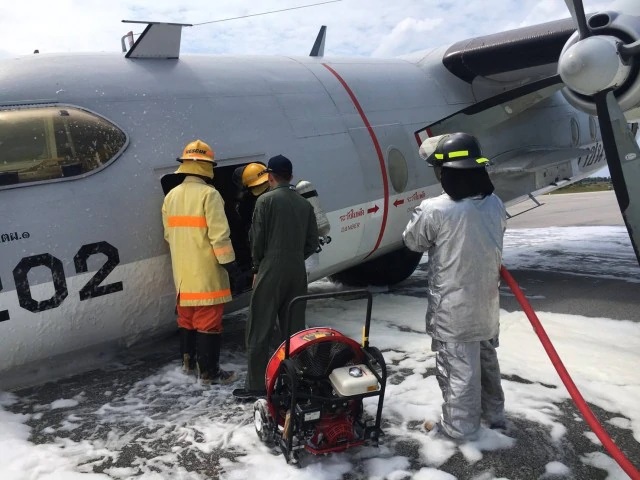 Thawee said Narathiwat Airport had issued a notice to airmen that it would temporarily close the runway until 6am today so the aircraft could be moved out of the way. It also notified Thai Smile Flight WE 291 (Suvarnabhumi-Narathiwat) to land at Hat Yai International Airport instead, with the airline’s Flight WE 292 (Narathiwat-Suvarnabhumi) also being instructed to depart from Hat Yai International Airport.