Kalasin local Pradit Martsaen, 48, hanged himself after allegedly killing his wife at a dormitory for workers of a rice mill in Huayrat district, Buriram, yesterday (August 11). He reportedly left a note saying “I’m sorry, Orn. Please be my lover in the next life.”

Huayrat Station police were alerted to the murder-suicide at 3.30pm. At the scene they found the body of Bang-orn Hiewkhunthod, 42, a Buriram local, without any clothes and covered with a blanket. There was a deep cut wound at the back of her head, while her body had bruises all over. Forensic staff estimated she had been dead for at least 10 hours.

In the bathroom police found the naked body of Pradit hanging by a nylon rope from the ceiling. Forensic staff found no other wounds accept for those around his neck, which was caused by the noose.

Officers reportedly found the handwritten note in the room and also a metre-long billhook with blood stains. 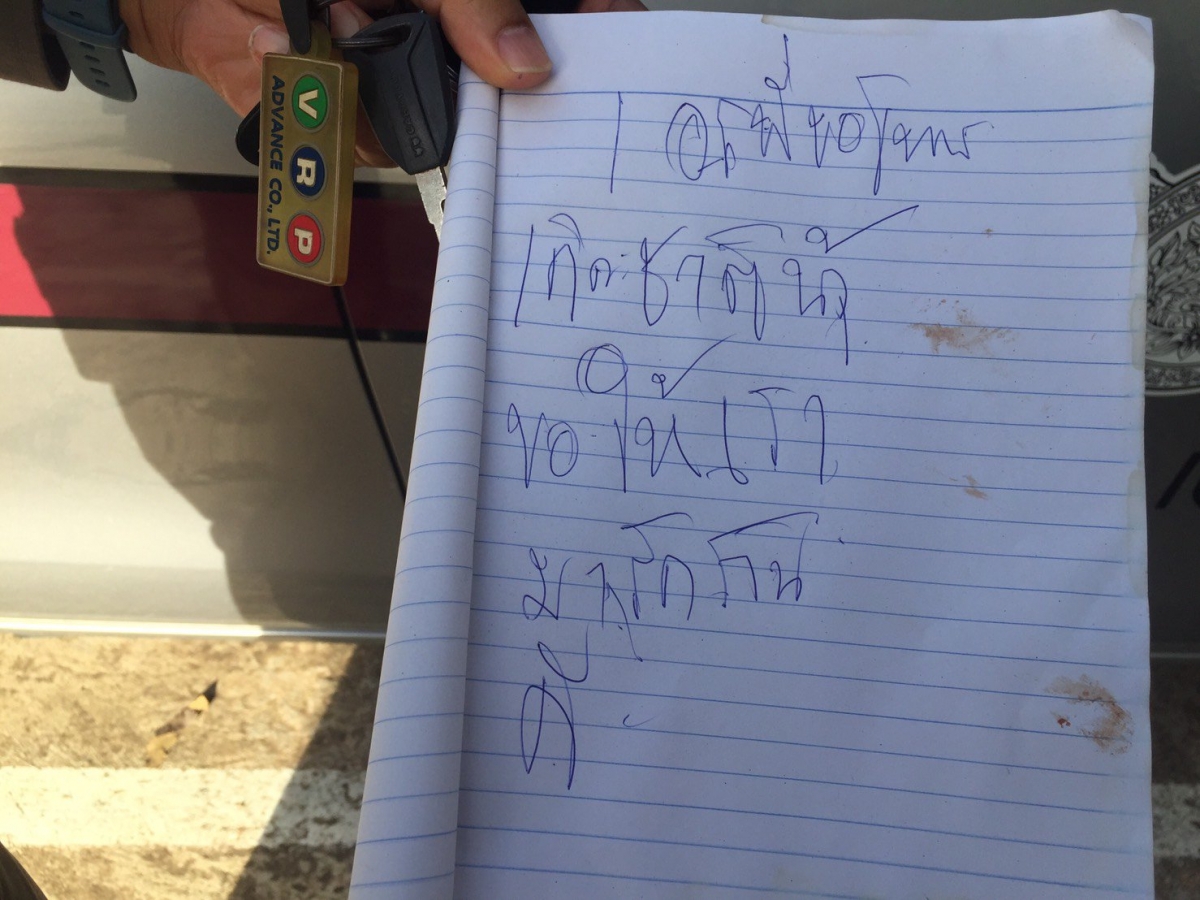 Officers speculated that Pradit might have killed his wife Bang-orn with the billhook and then felt guilty and hanged himself.

Neighbors reportedly told police that the couple, who moved in a few years ago, often drank and fought. They said they heard shouting and loud banging noises at around 9pm on Monday night.

Police are gathering evidence and interviewing additional witnesses to determine what led to the murder-suicide.