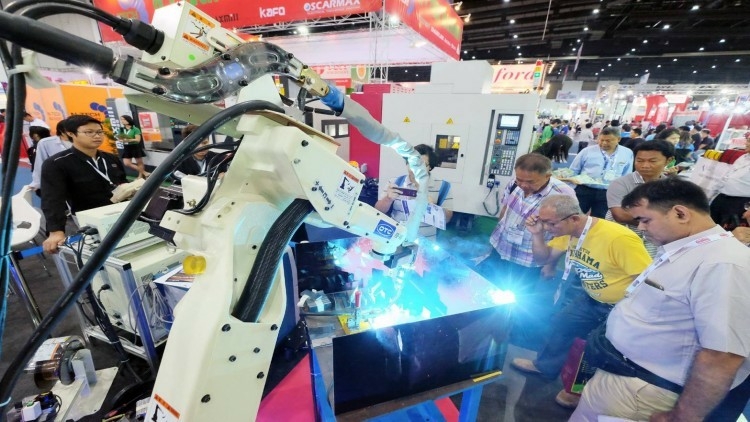 The Board of Investment (BOI) has organised the Subcon Thailand and Intermach 2020 exhibitions from August 23 to 26 at Bitec Bang Na to lure industrial investors, especially those in automation systems and robotics.

“The exhibitions are being jointly organised by the BOI and our partner, Informa Markets,” said Sonklin Ploymee, director of the BOI’s Industrial Linkage Development Division.

“The fairs will be the year’s largest for subcontractors, entrepreneurs and industrial investors in the Southeast Asian region. More than 200 manufacturers of metal, plastic and rubber components, automotive parts and electronic parts from around the world will join in the fairs to meet directly with buyers and investors to discuss business opportunities,” Sonklin said.

She said that due to the Covid-19 situation, the BOI estimated that the fairs would generate sales of around Bt7 billion from 4,000 business match-ups.

“We have cut down the target in line with the country’s manufacturing capability, which is currently at around 50 per cent due to the Covid-19 impact.

“The prices of automation systems and robots imported from China have gone down considerably, which should increase the chance of small and medium-sized operators gaining access to these technologies to improve their production, especially in the automotive and electronics industries that would benefit greatly from robotic labour,” she added.

Meanwhile, Thailand Subcontracting Promotion Association president Kiattisak Jirakhajornwong said the virus has impacted more than 500 member companies and 50,000 workers due to a sharp drop in manufacturing orders from automakers such as Toyota and Nissan. Many subcontractors have opted to pay 75 per cent of wages to employees to keep their businesses afloat.

“However, the association has advised its members to switch to making products seeing high demand, such as medical equipment, rail systems, electrical vehicles and aircraft components for the air force,” Kiattisak said.

“We would like to urge the government to provide more soft loans to SMEs and let them take part in official procurement projects, despite them offering higher prices than foreign companies, to help the overall domestic economy,” he added.