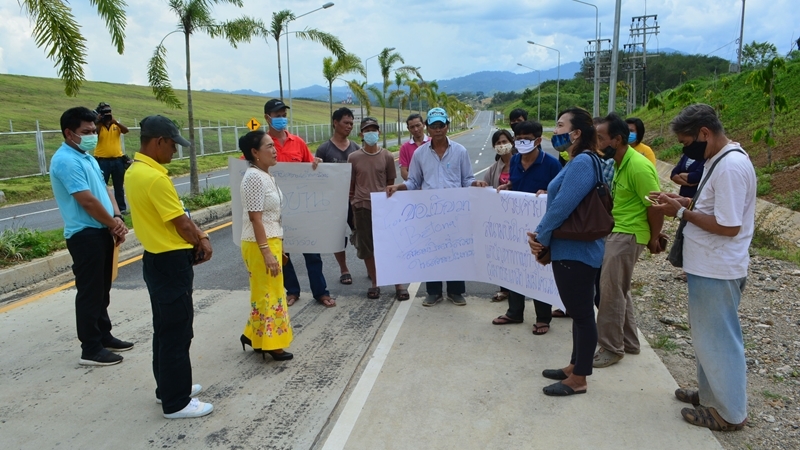 Yala residents are still fuming that Betong Airport has not yet solved the problem of its new wall blocking access to locals who need to head to their fruit and rubber tree plantations.

The airport meanwhile says it has paid out initial compensation and working to tackle the problem.

On July 25, the residents gathered at the airport's entrance to protest against the two-metre-tall wall.

The protesters said that besides the inconvenience the wall caused to their free movement, the construction has led to their plantations being flooded, severely affecting their livelihoods. So they decided to file a complaint with the Civil Aviation Authority of Thailand.

They also contacted Duangporn Suvanmanee, a director of Narathiwat Airport who is acting director of Betong Airport, but claim they got no response.

However, Duangporn reportedly said the airport was seeking a resolution to the problem and initially paid compensation to those affected.

Regarding the flooding, the airport is constructing a sewer system to drain water and will allow a 50cm-wide access to the plantations.

Now the locals plan to lodge a complaint with higher authorities on September 1 to find a way to open access fully so that they are able to freely go to their fruit and rubber plantations.