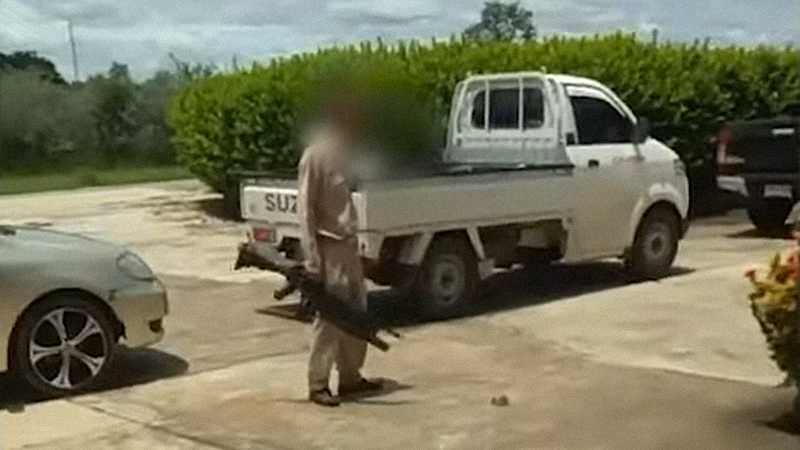 Nakhon Ratchasima residents were terrified when a man, dressed in civil servant uniform, pulled out something that looked like a heavy weapon to threaten someone who had cut the queue at a local automobile repair shop on Tuesday (August 11).

A video clip of the incident has gone viral.

The shop’s staff said the man dressed as a civil servant argued with the person who had cut the queue for 10 minutes before heading to his car to pull out something that looked like a combat weapon.

These terrified people in the shop, who were afraid of there being a repeat of the shopping mall shooting, which had taken place in the province earlier this year, when an angry soldier went on a rampage.

Chok Chai Police Station later said that the “civil servant” was the deputy director of a school in Khon Buri district and that the so-called combat weapon was a modified music instrument.

The teacher told reporters that he had been angered by the person cutting the queue and wanted to scare them. Though he has apologised, the other party has insisted on filing a police complaint, which may lead to prosecution in the future.