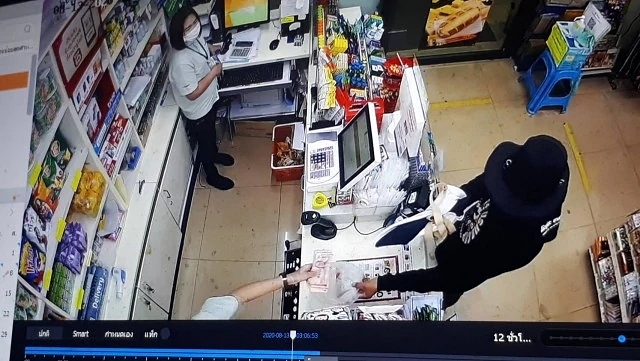 A traumatised 7-11 salesclerk told police that man, dressed in back, wearing a hat and face covering, showed up and demanded money. She said he was holding a plastic bag and something that looked like a gun covered with cloth.

She said he left after taking Bt4,700 from the cash drawer.

The outlet is located near the Lampang Vocational College of Commerce and Technology.