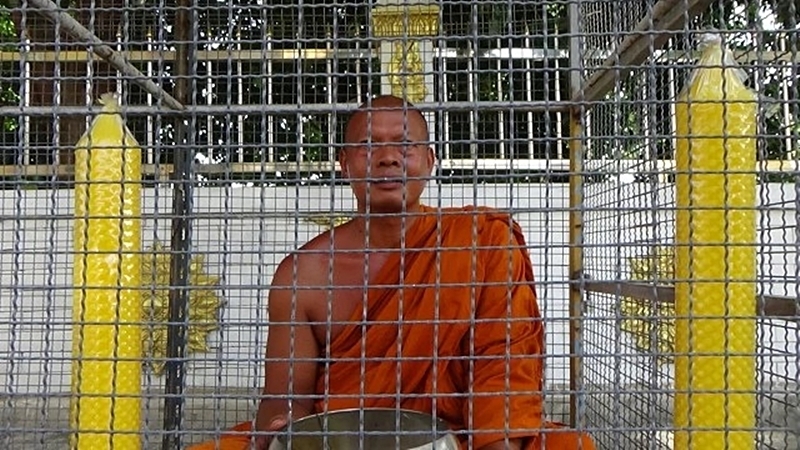 The abbot of Wat Kho Suppharat temple in Angthong province locked himself in a cage at 10am on Thursday (August 13) after officials from the Supreme Sangha showed up to punish him for allegedly disturbing locals with his loud sermons.

However, local residents surrounded the cage to show that they fully supported the 61-year-old abbot and denied complaining about his loud sermons. 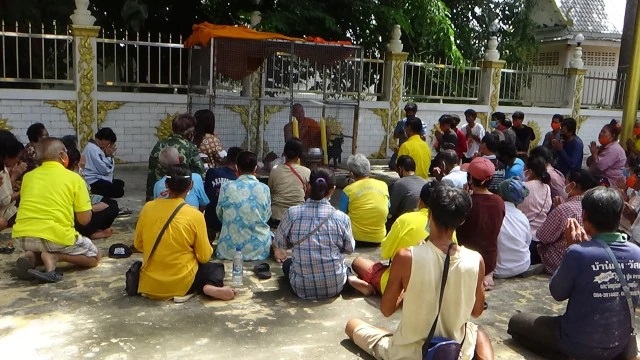 They also said that no investigation had been initiated and it was unfair that the officials were ordered to punish the abbot.

Abbot Nopparat Thongyoi said he felt like he was facing injustice and decided to lock himself in a dog cage as a symbolic protest.