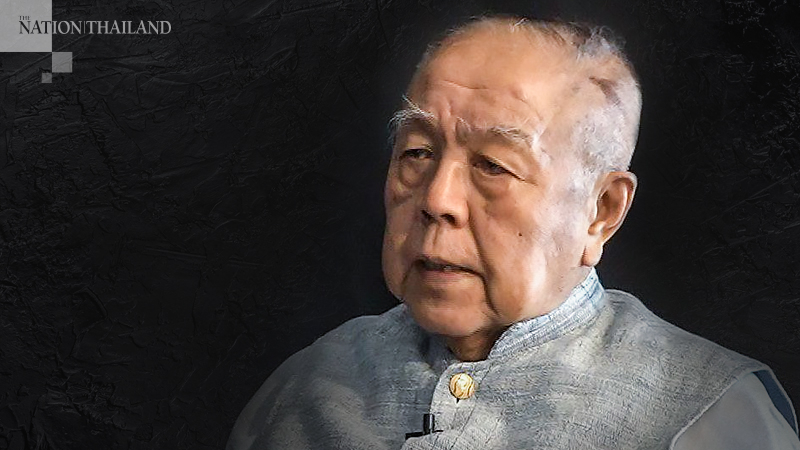 Prominent social critic Sulak Sivaraksa has spoken out to defend students’ right to freedom of expression over their unprecedented 10-point manifesto for reform of the monarchy.

The students’ call for reform does not exceed bounds of what is appropriate, said Sulak.

“The 10 demands are reasonable, since for the monarchy to continue exist, it has to be transparent and open,” he said in an interview with the 101.World Facebook page.

He also called on those in power to listen to protesters’ voices and make changes accordingly, while adding that it would be a bad move to ignore their proposals and attack them.

Thousands of students gathered at Thammasat University’s Rangsit Campus on Monday (August 10) to voice critical opinions about the monarchy. Among their 10 proposals was a call to separate HM the King’s wealth from Crown Property Bureau assets. The former junta government led by PM Prayut Chan-o-cha changed the law to allow the King to directly oversee the Crown Property Bureau.

Criticising the monarchy in the public is illegal in Thailand under strict royal defamation laws.

Thammasat’s administrators issued an apology and vowed to punish students for straying from the agreed rally agenda, while some politicians accused the protesters of breaking the law and undermining the Palace. However, academics nationwide have defended the right of students and protesters to freedom of expression and urged university administrators to open up space to exchange ideas of public interest.

Sulak cited the Thammasat University massacre of October 6, 1976 as a lesson that using drastic measures against anti-government protesters could lead to more bloodshed. In 1976, police, troops and right-wing militia laid siege to Thammasat’s campus and killed dozens of students who were protesting the return of former dictator Thanom Kittikachorn.

Sulak cautioned the government would face a public backlash if it cracked down violently against protesters. It should instead listen to their demands or at the very least refrain from launching counterattacks against them, he said.

He also warned of the threat against pro-democracy protesters from ultra-royalists.

“These extreme right-wingers are very dangerous – Pridi Banomyong once noted that this group thought they were the King and, worse, took actions beyond anything the monarch would do,” said Sulak, referring to the former prime minister.

“I want to remind the ultra-royalists that if they are really loyal to the King, they should not see those with different opinions as bad people. They should respect different views,” he added.

He also urged people to offer the youthful protesters moral support and good-intentioned warnings if necessary, but not to blame them if they did not listen since youths had their own unique perspective. “We should remind them to use polite language when they talk about the monarchy. Experience will teach them behave better,” he added.