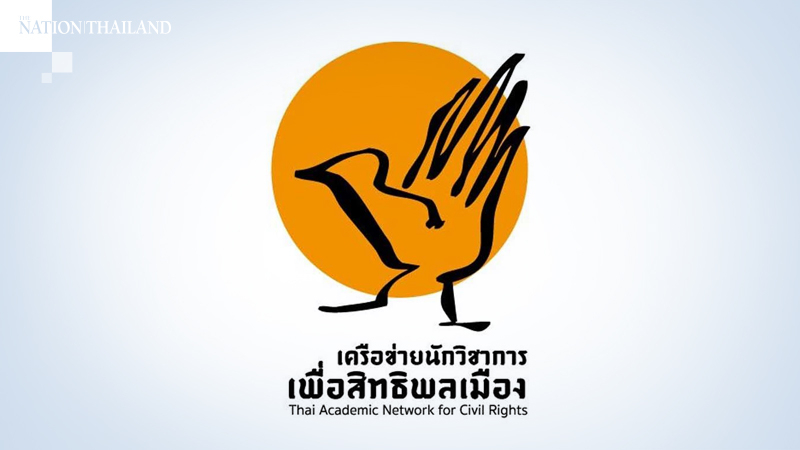 Hundreds of academics have signed a joint statement published by the Thai Academic Network for Civil Rights.

More than 350 academics nationwide and overseas today issued a joint statement calling on universities to permit students to ask questions freely and find solutions for society peacefully. Published today on Facebook by Thai Academic Network for Civil Rights (TANC), the statement had been signed by 356 academics as of press time.

Their move follows a similar statement issued by more than 100 academics yesterday. Academics are worried about safety of youthful protesters after their calls for reform of the monarchy drew sharp criticism from other groups.

“We support freedom of expression and want to ensure the safety of students and pro-democracy protesters protesting peacefully against the government,” said Anusorn Tamajai, chairman of the Pridi Banomyong Institute, adding that more academics would sign the statement.

The statement declares that universities’ role is not only to train people for careers or to follow state orders, but to produce high-quality people for society.

To do this, universities must cultivate students’ ability to ask questions and think freely and critically, it noted.

"Society cannot overcome crises or challenges if its members do not have the abovementioned abilities," said the statement, pointing out that some only wanted to freeze society or resist change.

“Thai society is facing changes that are unprecedented, therefore universities’ role to produce citizens with the ability to think, question and criticise freely is increasingly important,” it added.

Universities should encourage all citizens to exchange ideas and opinions for the greater good, especially when society was facing a conflict of thinking, belief and ideology, the academics said.

Universities were the best place to allow such free-thinking and critical debate in search of answers, they added.

The statement pointed out that the students’ demands – for the government to stop intimidating its critics, to dissolve Parliament, and to rewrite the junta-sponsored Constitution – were an effort to overcome a political crisis that has persisted for decades.

The 10-point manifesto for monarchy reform delivered at their Thammasat University rally on August 10 was only part of students’ enquiry and efforts to find peaceful solutions for political and social conflicts, it added.

The statement follows public condemnation of the rally’s leaders by Thammasat University’s administration, which said speakers had not stuck to the agreement to limit their topics to dissolving Parliament, halting government harassment, and rewriting the Constitution.

The TANC academics called on universities, various sectors of society, and the government to take the following three actions.

1. Executives of universities must allow people to hold peaceful political activities on their campuses without fear of unjust penalty. Holding political demonstrations must not be considered an offence since universities have a duty to encourage questioning, criticism and free thinking to find solutions for society. Forcing students to hold activities outside universities’ compounds could put them at risk of violence.

2. Sectors of society must consider students' demands in good faith, based on their benefit to society, whether they agree with them or not.

They must engage in debate without prejudice to find peaceful solutions for society. They must avoid defaming or make false accusations that provoke hatred among people, potentially triggering violence. And they should not create conditions that allow government officials to act violently against students and others.

3. The government must respect the people's rights and liberty to express opinions specified in the Constitution and international law.

"Meanwhile, the government must adhere strictly to the rule of law. Authorities must not take legal action against students and others for gathering and expressing their opinions in a peaceful manner. Authorities must ensure public safety and prevent other groups from committing violence against students for expressing critical views about the role of constitutional monarchy and democracy," added the statement.

It was signed by academics from 39 universities in Thailand and overseas, including Thammasat, Chulalongkorn, Silapakorn, Kasertsat , Chiang Mai, Ramkhamhaeng, Rangsit, Srinakharinwirot, Naresuan, Burapha and Ubon Ratchathani.