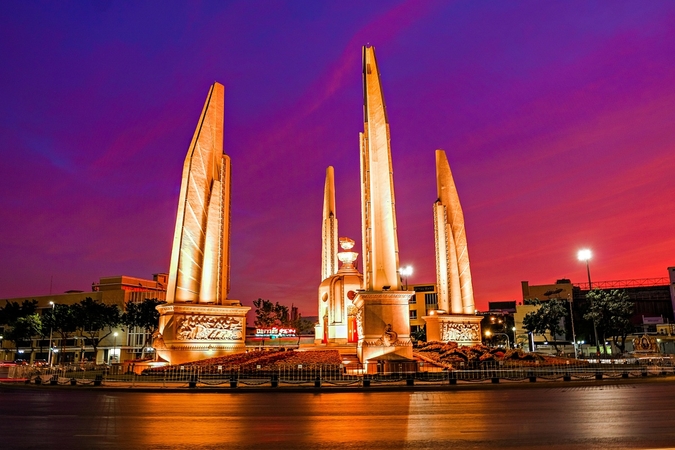 A group of artists going by the name of “Arts and Culture Network for Democracy” issued a statement on Thursday (August 13) saying that they fully supported young protesters’ fight for democracy.

In the statement, the group demanded that the government be open minded when it comes to facing facts about the monarchy, a subject that has long been taboo in the country.

The artists also urged the government to consider the manifesto the students have come up for the monarchy, adding that the protesters should not be intimidated for proposing reforms to the institution or exercising their freedom of expression. The group has also called on the government to accept the fact that different opinions are the foundation of democracy.

The group said all sides should speak to each other in a civilised manner and demanded that the Army not exercise physical violence or launch another coup d’état.

In the statement, the group praised the students of being brave enough to talk about reforming the monarchy in their protest at Thammasat University’s Rangsit campus on Monday. The protesters have announced they will hold another rally on Sunday (August 16) near Bangkok’s Democracy Monument.

Meanwhile, more than 350 Thai academics both in Thailand and overseas issued a statement on Thursday calling on universities to allow students to ask questions freely and find solutions for society peacefully.

Published on Friday in the Thai Academic Network for Civil Rights acebook page, the statement had won 356 signatures as of press time.

This is similar to another statement that was signed by more than 100 academics and released on Wednesday. Academics are worried about the safety of the protesters after their 10-point manifesto for the monarchy drew sharp criticism from other groups.