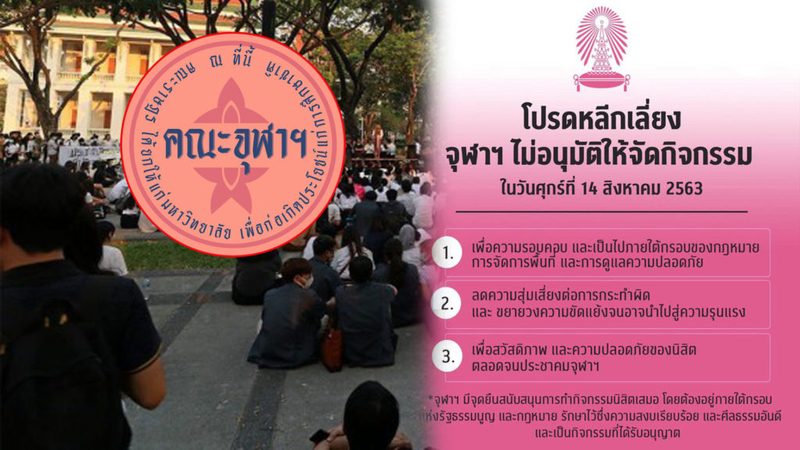 Chulalongkorn University students have vowed hold an anti-government rally on campus today (August 14) despite failing to get permission from university authorities.

Chulalongkorn University announced today it would not allow students to hold the political event, due from 3pm to 8pm, unless organisers explained more details to university staff.

Students under the Khana Chula and Spring Movement previously issued documents to the university applying for permission to conduct the gathering.

The university’s office of student affairs rejected the application, saying it needed to see the rally’s agenda to ensure that nothing illegal occurred during the event. The office said it was concerned that illegal actions by students at the rally might incite violence. It added that students had sent their application in late, meaning the office did not have time to coordinate with other agencies to facilitate the rally.

After acknowledging the announcement, the Khana Chula announced the political event would go ahead from 4pm on campus in front of statues of King Rama V and VI.