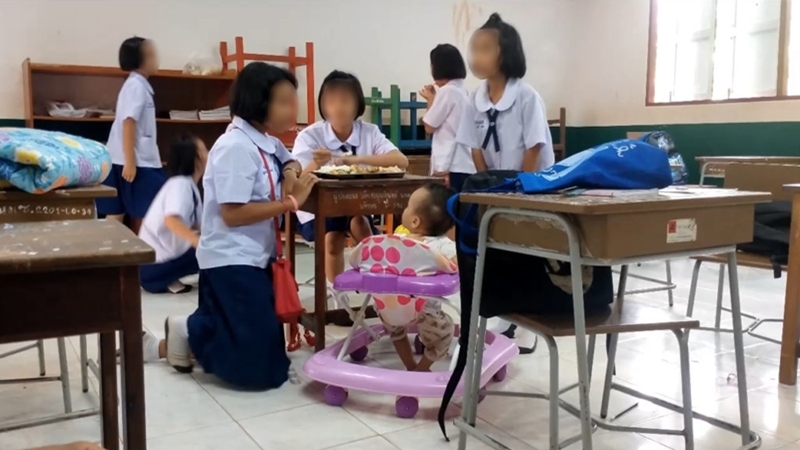 Ban Huay Mai Sod School in Bueng Kan province is seeking donations for a 10-year-old student who has to bring her infant sister to class because their parents are not around to take care of them.

The student told her teachers that their father was in prison, while their mother – an illegal migrant – had to return home shortly after delivering the baby.

The children live with their grandmother and other relatives give them Bt20 a day to live on. The youngster said no relatives were available to look after the baby because they were poor and had to work.

She said she had no choice but to bring the baby to school with her, but is unable to concentrate on lessons because the infant needs looking after.

The school has already provided funds to rebuild the grandmother’s home, which is close to collapsing.