Two suspected southern insurgents allegedly involved in the bombing in Pattani’s Nongjik district on Thursday (August 13), which killed one Army bodyguard for local teachers, were killed in a shootout, Maj-General Pramote Phrom-in, chief of staff of the Fourth Army Area and spokesman of Internal Security Operations Command of Fourth Army Area, said on Friday.

“Army officers tracked the suspect down to a grove in Kolum subdistrict in the Yarang district of Pattani. An unknown number of suspects fired from their hideout, prompting the soldiers to return fire,” he said. “The shootout resulted in injuries to three soldiers and deaths of two suspects, later identified as Masukri Sarumo and Anwar Golae.”

The three injured soldiers were sent to Yarang Hospital and are now stable.

At the scene, officials reportedly found an AK-47 rifle, a 9mm handgun and several items of camping equipment. Officials speculated that the group might have comprised five suspects of whom three had managed to escape.

“Soldiers are scouring the area to find the other suspects to ensure the safety of local people in Pattani,” added Pramote. 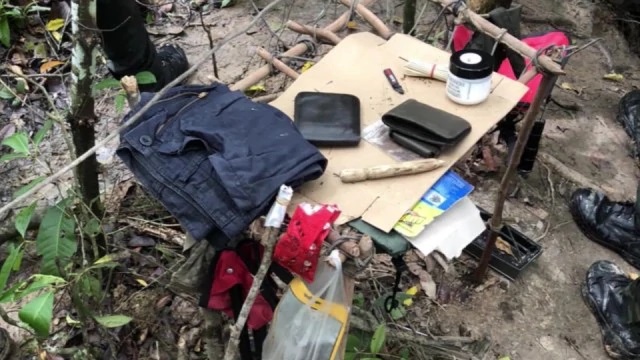