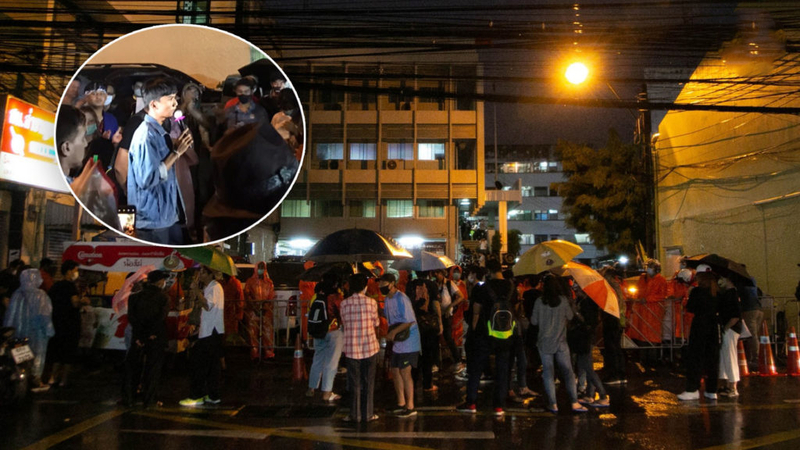 Around hundreds of pro-democracy activists and supporters visited Samranrat Police Station on Friday (August 14), after a student activist, Parit Chiwarak, was arrested at 4.20pm and taken to this station.

Police have charged Parit with sedition, obstructing traffic and using an amplifier in a public place without permission.

Standing in front of the police station, they reiterated the political demand of Thammasat University students.

Phanuphong Chatnok, another activist and member of the Eastern Youth for Democracy, slammed the police for targeting Parit. He also demanded that the Samranrat station superintendent secure Parit’s safety last night.

They questioned the police on why Parit could not get bail.

Some people assembled at the backdoor of the station to prevent police from taking the arrested activist to another place.

Parit posted on his fanpage that he would be taken to the Criminal Court on Saturday morning.