Over 8,000 jobless people and new graduates turned up to apply for 300 jobs at Miracle Grand Convention Hotel in Bangkok's Lak Si district on Sunday (August 16) from 8am to 5pm. 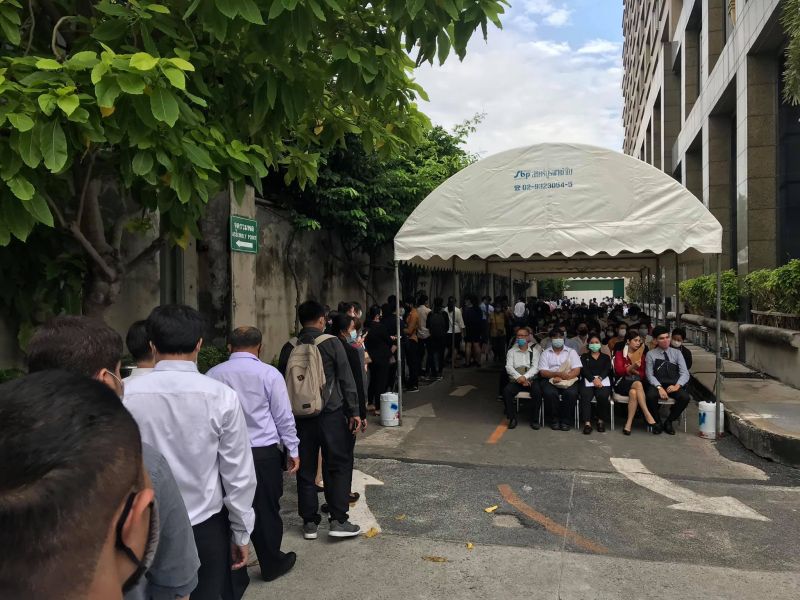 The Miracle Group is recruiting 300 staff for various positions, including managers, with a monthly salary of at least Bt20,000 for the opening of Asawin Grand Convention Hotel at the beginning of next year.

Seeing thousands of people come to apply for the job, the hotel's officials then decided to extend the period to allow them to submit their applications.

Meanwhile, the officials told applicants that those who qualified in the first round would be informed by phone in September to schedule an interview.

Applicants who came to apply for the job said that they had been treated well by the hotel, as after they submitted their application, the officials handed out a voucher for dining on the second storey of the hotel. The officials also served them steamed rice, stir-fried chicken and basil, fried egg, and stir-fried vegetables.

The applicants said that the hotel understood the feelings of jobless people as even one meal helped reduce their expenses.