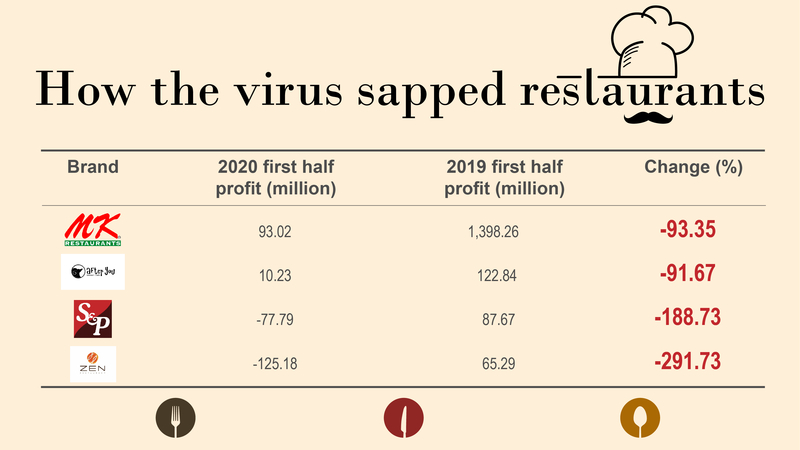 Covid-19’s devastating impact on the restaurant business has been revealed in four leading chains’ turnover figures for the first half of 2020.

MK Restaurant (MK), After You (AU), S&P Syndicate (SNP), and Zen Corporation Group (Zen) all suffered an unprecedented collapse of their profits.

The main culprit was the Covid-19 outbreak, which prompted the government to shutdown restaurants and entertainment venues from the middle of March to the middle of May.

During the shutdown, the chains tried to soften the blow by offering deliveries and takeout services, but to little effect. AU also cut its staff numbers during lockdown.

The first-half figures saw the stock price of the chains plummet by 10 to 40 per cent last Friday (August 14). Total market capitalisation of all four fell by Bt22 billion to Bt62 billion.