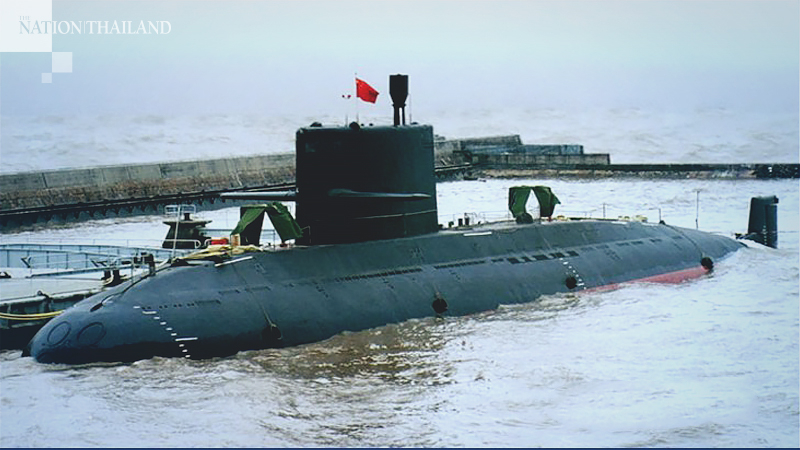 Democrats make U-turn on submarines, call for Covid-19 relief instead

The Democrat Party says it will not support the government’s Bt22.5 billion move to buy two submarines from China, despite one of its MPs casting a crucial vote in favour of the deal last Friday.

Party members reached a consensus at their meeting on Tuesday to prioritise Covid-19 relief measures such as job creation schemes over the submarines, said Prinn Panitchpakdi, the Democrat's deputy leader and economic team chief.

The party’s move came after its MP on the House subcommittee vetting the national budget voted with four other coalition MPs on Friday to approve the Navy’s request for two more submarines worth Bt22.5 billion each. The narrow 5:4 vote sparked public outrage over large military spending at a time when people were suffering deep hardships from the pandemic.
On Monday the Navy spoke out to defend the deal, which comes after the 2017 purchase of a sub from China for Bt13.5 billion, to be delivered in 2023 after the last of seven instalment payments is made.
The House ad-hoc committee vetting the budget bill for 2021 is scheduled to debate the issue on Wednesday (August 26). The coalition government enjoys a large majority on the panel of 47 votes against the opposition’s 24. However, Prinn said the government may choose to delay a decision on whether to go ahead and purchase the subs.
"It’s not necessary to put the deal to a vote, since the government could pull the deal from the agenda of Wednesday’s meeting,” he said..
Akradech Wongpitakroj, Democrat deputy spokesman, said the party unanimously agreed that its seven members on the ad-hoc committee will not support the deal if the Royal Navy insists on going ahead with its proposal.
Meanwhile Yuttapong Jarussatien, the Pheu Thai MP who voted against the deal with three other opposition MPs on Friday, said he raised questions about the Navy’s claim that the deal is government-to-government. The Navy had not shown any document that authorised the subs’ constructor, China Shipbuilding & Offshore International Co, to represent the Chinese government, said Yuttapong.
He added that delaying the deal would not affect diplomatic relations as “Thailand could explain to the Chinese government that Thais have been hard hit by the Covid-19 crisis and public debt is also rising to a high level”.
Netizens have launched a social media campaign against the three coalition parties who voted on Friday to purchase the the subs – the Democrats, Palang Pracharath and Bhumjaithai.