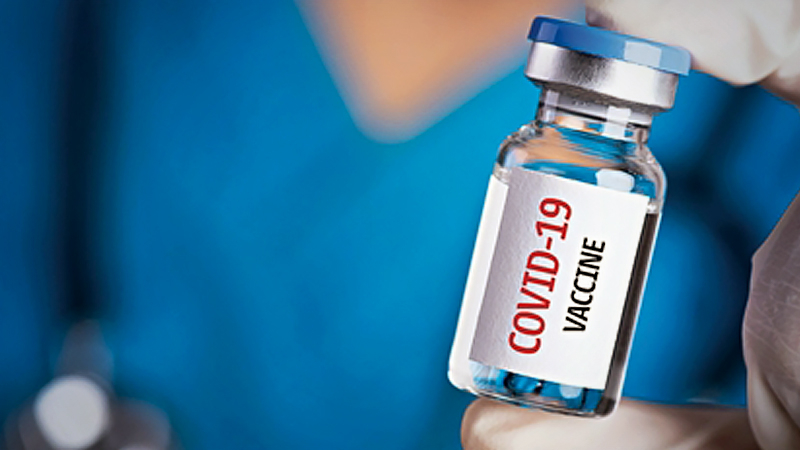 While countries around the world are in hot pursuit of a Covid-19 vaccine, with several currently in the final phase of clinical trials, Bangladesh remains far behind in the race as no desperate effort is visible from the government, experts observe.

They said the government has made little progress so far in obtaining the much-sought-after vaccine, as it only submitted an expression of interest as a member of the Global Alliance for Vaccines and Immunisations (GAVI).

The decision on whether the vaccine will be supplied for free or at partial cost will be decided next month in a board meeting of GAVI, a global health partnership of public and private sector organisations dedicated to "immunisation for all".

The experts noted that the government was yet to pick up the pace in line with the recommendations from the National Technical Advisory Committee (NTAC) on Covid-19.

The NTAC, in its 17th meeting held on August 19, recommended establishing communication with organisations or countries which are at phase-III trial of vaccine development. It advocated Bangladesh to take part in the phase-III trial so that the country could enjoy "the guarantee benefit" once the vaccines prove successful.

"We are far behind in the race [for collecting a vaccine]. The main question is whether we will be able to get vaccines directly from any producer or not. [The issue of] WHO or GAVI will come then," Prof Nazrul Islam, a member of NTAC, told The Daily Star yesterday.

According to experts, vaccines may be available in the market for mass use within next four to 10 months, although it is not clear how much and for how long these will create immunity.

Currently, eight -- of which six are acceptable according to WHO -- out of over 203 research organisations working to develop a vaccine are in late-stage trials.

The phase-III trial or the final stage means the vaccine is given to thousands of people to confirm its safety -- including rare side effects -- and effectiveness. This trial involves a controlled group which is given a placebo.

Many countries are volunteering to be part of the phase-III trial of various vaccines.

On August 9, the Saudi health ministry announced that Chinese CanSino Biologics would run a phase-III trial in the oil-rich desert kingdom.

CanSino is one of the three Chinese candidates in the late stage of the trial.

Sinovac, another Chinese organisation developing Covid-19 vaccine, offered Bangladesh to be part of their phase-III trial.

But Bangladesh is yet to decide on the clinical trial of the Chinese vaccine -- which is taking place in several countries including Brazil, the UAE, Indonesia, Chile, the Philippines, and Turkey.

A meeting between Prime Minister Sheikh Hasina and Health Minister Zahid Maleque, scheduled for August 17, regarding the trial of the Chinese vaccine was postponed.

A day later, Foreign Secretary Masud Bin Momen told his Indian counterpart Harsh Vardhan Shringla that Bangladesh is ready to collaborate with India in the development of a Covid-19 vaccine, including its trial.

The same day, the Times of India reported India was considering the vaccine of Oxford-AstraZeneca as the likely first shot against Covid-19 to be available for Indians by the end of this year.

Oxford-AstraZeneca of the United Kingdom is conducting the final phase of trial of its Covid-19 vaccine.

According to Prof Nazrul, the government said it is judging the Chinese vaccine. If Bangladesh takes part in the trial, it would be easy to get the vaccine. "The government should take a decision soon," he added.

Prof Md Sayedur Rahman, chairman of pharmacology at Bangabandhu Sheikh Mujib Medical University (BSMMU), said although the vaccines under trial have yet to be proved safe and effective to obtain approval, many developed countries already made advance payment to the corporations who carrying out the phase-III stage of a clinical trial.

In order to provide information to select the best vaccine by the states and UN bodies, the WHO is going to conduct a robust study, named Solidarity Vaccine Trial in the last quarter of September to compare the efficacy of the potential candidate vaccines.

Although it is tough to measure the potential benefit of the vaccines now, developed and rich countries have already booked 30 crore to 100 crore doses from these companies.

The existing capacity of the innovators and rented manufacturers might be able to produce a maximum of 30 crore doses of single vaccine in the first six months after getting approval and those will be delivered to the rich countries, which have paid in advance.

"So, we are already lagging behind in this race," he said.

Prof Rahman thinks the government should negotiate with those corporations to invite them to produce their vaccine in the manufacturing plants here in Bangladesh. "This will put Bangladesh in a better position on the negotiation table and may save time as well," he added.

"So far we know, another new vaccine production plant might become functional within the next couple of months."

He, however, said the scientist community should be allowed with the freedom to apply the necessary scientific wisdom in order to help the country to join at right pace in the race of getting vaccines.

"Otherwise, we will not be able to collect the adequate number of doses required for a significant proportion of people in order to achieve herd immunity in the years to come," he added.

WAYS TO GET VACCINE

According to experts, Bangladesh has three ways to go about getting the Covid-19 vaccine.

Firstly, being a country with a GDP less than $4,000, Bangladesh would get 20 percent of the vaccines it needs from the WHO and the GAVI.

This will be under the COVAX Facility, a mechanism designed to guarantee rapid, fair and equitable access to Covid-19 vaccines worldwide.

COVAX currently covers nine Covid-19 vaccine candidates and its aim is to secure supplies of and deliver two billion doses across countries that sign up by the end of 2021.

Around 172 countries -- representing more than 60 percent of the world's population -- are engaged in this programme, according to the WHO.

Many countries in this list will have to make partial payment under this programme.

The experts said the first option is a bit blurry for Bangladesh.

According to DGHS officials, the country has only submitted the expression of interest and the decision whether it will get the vaccine free or at partial cost is subject to a decision of a GAVI board meeting next month.

The second option is bilateral negotiations with the vaccine inventing companies or governments.

Bangladesh has not made any such efforts yet.

Thirdly, by being part of the trial of vaccines -- for example phase-III trial of Sinovac's vaccine by the icddr,b or trial of any Indian vaccines.

Shamsul Haque, a line director who overlooks the Expanded Programme on Immunisation (EPI) at the health directorate, said on Thursday, "Efforts to get the vaccine are underway. As far as I know the honourable health minister has been contacting different sources."

On Monday, Health Minister Zahid Maleque said, "All government departments on Covid-19 are active in bringing vaccines to the country."

Countries including the UK, China, Russia, the US, and India are working at the final stage of vaccine invention, he told reporters.

"Scrutinising the qualitative standard of these vaccines, the honourable prime minister will take the right decision at the right time," he added.