The photograph of a police cadet tending to an old woman at the stairs of Nakhon Ratchasima’s Sungnoen Police Station went viral on Tuesday (August 25), with netizens posting messages praising the young man. 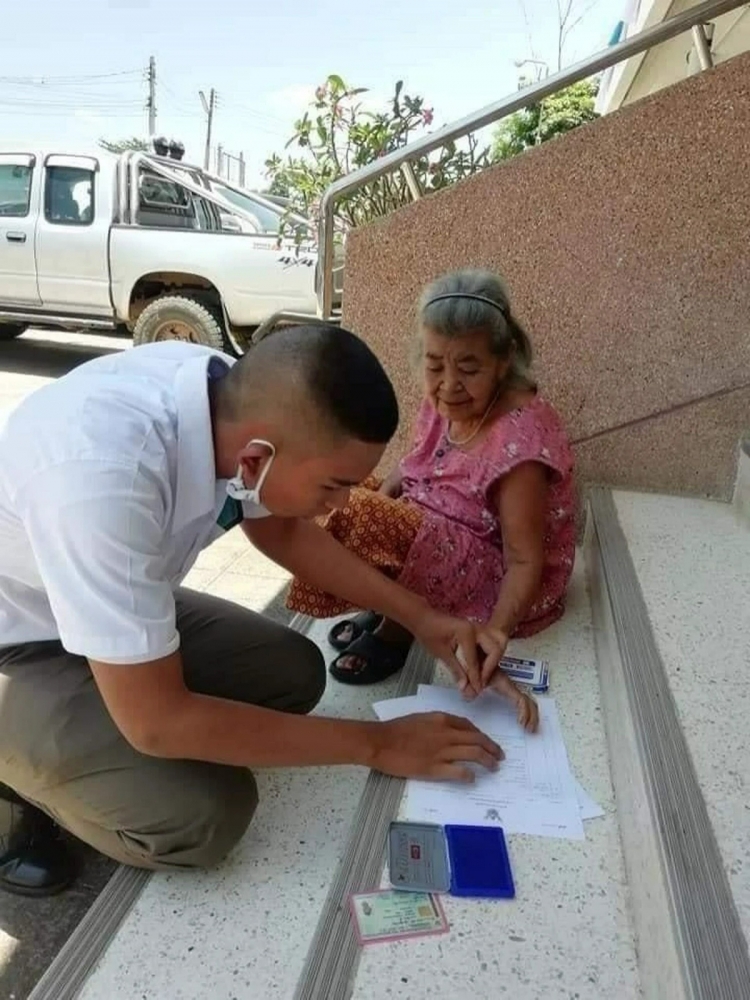 A Facebook user, who had taken his grandmother to notify police about missing documents, said the cadet came downstairs immediately to tend to her as she stopped to rest on the stairs.

“After taking the notification, he escorted my grandmother to the car before tending to another old person,” the Facebook user said. 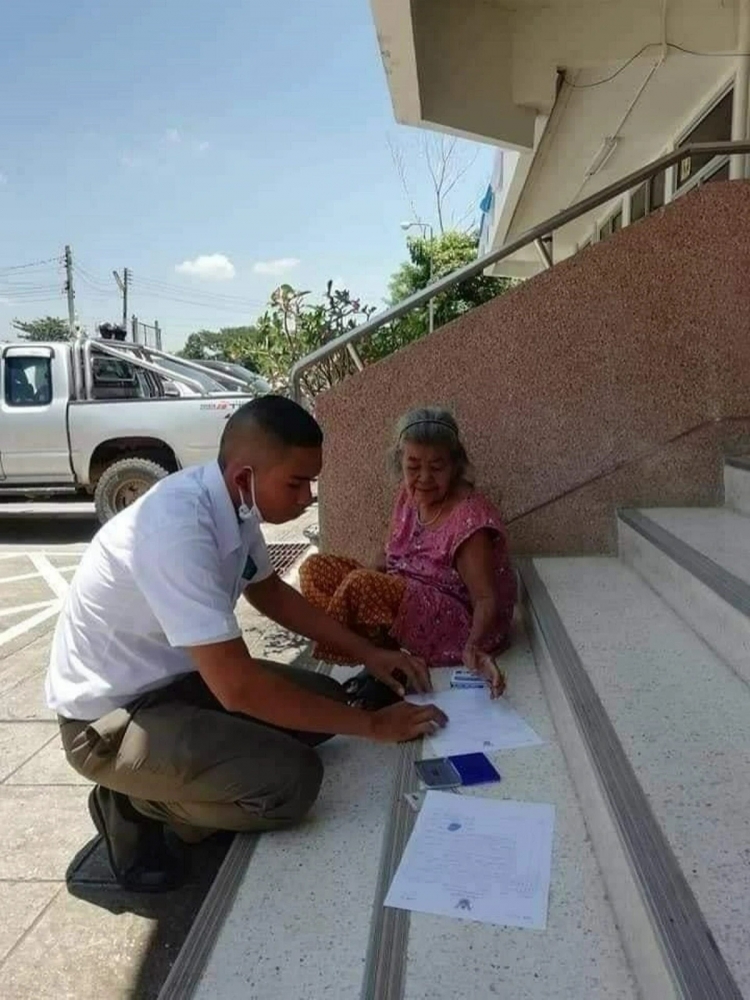 “The police chief called on the cadet to continue doing good deeds, adding that this is another example of a ‘good police officer’, who will graduate to serve the public in the future,” he said.

“The chief has also called on all police officers to serve the public by treating them as family members, ease their suffering and adhere to the police’s nine ideals.”