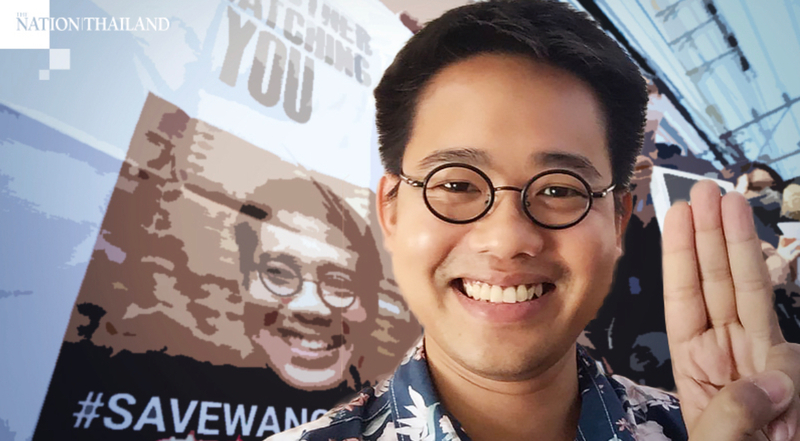 Wanchalearm Satsaksit was abducted in Phnom Penh by unknown assailants on June 4 this year, becoming at least the ninth Thai pro-democracy activist to disappear from a neighbouring country since the 2014 coup.

The UN Human Rights Office said it is profoundly concerned over continuing reports of enforced disappearances in Southeast Asia and has urgently called on all countries in the region to criminalise the act and ratify the International Convention for the Protection of All Persons from Enforced Disappearance.

The call comes after Wanchalearm Satsaksit was abducted in Phnom Penh by unknown assailants on June 4 this year, becoming at least the ninth Thai pro-democracy activist to disappear from a neighbouring country since the 2014 coup. Two of those activists – Chatcharn Buppawan and Kraidej Luelert – were last year found dead in the Mekong River on the Laos border, with their bellies disembowelled and stuffed with concrete. Wanchalearm is still missing and his fate is unknown.

“The time has come to end these heinous crimes in Southeast Asia. Strong commitments are needed by states to achieve that goal through adopting domestic legislation that meets international norms and standards and by fully implementing the Convention, including establishing appropriate domestic institutional mechanisms to investigate allegations of disappearances,” Cynthia Veliko, regional representative of the UN Human Rights Office in Bangkok, said in a statement marking the International Day of the Victims of Enforced Disappearances.

Only one country in Southeast Asia – Cambodia – has ratified the International Convention, while three others – Indonesia, Laos and Thailand – are signatories but have yet to become states parties.

The UN Working Group on Enforced or Involuntary Disappearances has documented at least 1,301 unsolved cases of enforced disappearance in Southeast Asia.

Almost half of those are from the Philippines. In the past three years, cases of enforced disappearances have been reported in Cambodia, Laos, Malaysia, the Philippines, Thailand and Vietnam. Indonesia is also dealing with a historical legacy of disappearances, including those committed in Timor-Leste.

“Enforced disappearance is one of the worst possible human rights violations that can be committed, robbing families of the knowledge, often forever, of the fate of their loved ones,” Veliko said. “Families have the right to know and it is the responsibility of every government to urgently resolve these cases, to put in place mechanisms to prevent it from occurring, and to fulfil their obligations under international human rights law.”

The Convention defines enforced disappearance as an “arrest, detention, abduction or any other form of deprivation of liberty by agents of the State or by persons or groups of persons acting with the authorisation, support or acquiescence of the State, followed by a refusal to acknowledge the deprivation of liberty or by concealment of the fate or whereabouts of the disappeared person, which place such a person outside the protection of the law.”

In Southeast Asia, individuals have been targeted for exercising their fundamental right to freedom of expression, association and peaceful assembly, the UN Office noted. Victims have included human rights defenders, environmental and political activists, government critics, lawyers and journalists.

“Impunity for this horrific act must end. Timely and credible investigations must be undertaken, the perpetrators must be identified and brought to justice and families provided the right to reparation,” Veliko said.