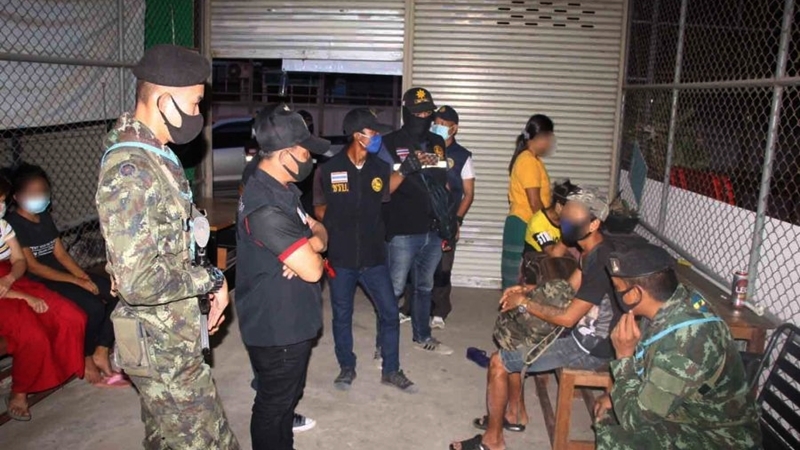 Border officials nabbed 11 Myanmar citizens for sneaking into Thailand via the natural border in Tak’s Mae Sot district on Monday (August 31) and found that two had a high temperature.

Deputy district chief Siriphon Sonwai, who also heads the task force, said her team managed to nab three Myanmar nationals as soon as their boat arrived at the bank, and later learned that the remaining eight – six women and two men – were hiding in a building near the Thai-Myanmar Friendship Bridge.

Of the eight, two were found to have a fever and were sent to Mae Sot Hospital for treatment.

The illegal migrants reportedly said they had come to Thailand to find work as jobs in Myanmar had dried up.