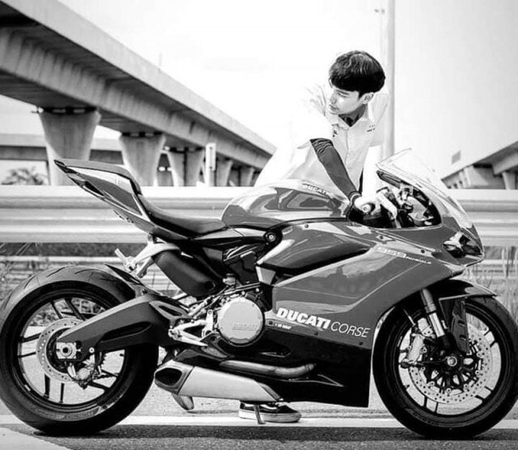 Witnesses told reporters that a group of around 20 bikers were riding on the Rangsit-Nakhon Nayok Road when one biker lost control and hit the traffic island before smashing into a tree.

Rescue staff tried to save Chanon but he suffered extensive injuries and later died.

Chanon was a popular game streamer with more than 100,000 followers on his channel. He had posted on his Facebook the day before the accident that he would like to suspend streaming for a while to go on a trip with friends. On August 14, he had posted an ad, wanting to sell a Ducati motorcycle, the one that he crashed, for Bt450,000.

A number of netizens visited his Facebook page and posted their condolences.