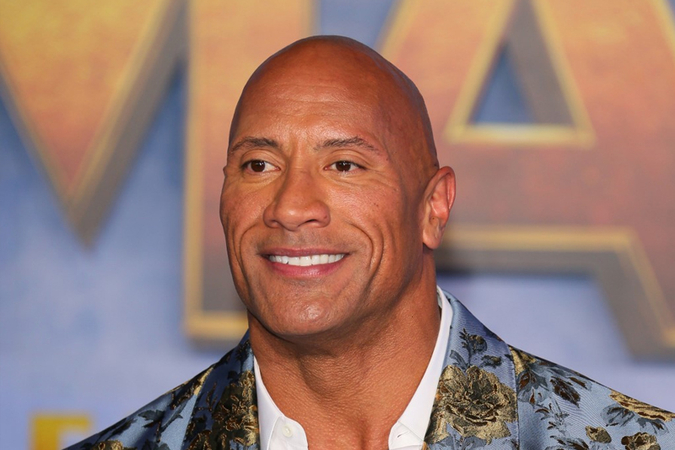 For months, Dwayne "The Rock" Johnson said he has tackled pandemic restrictions with the same maniacal focus that carried him through a football and professional wrestling career to the top of the box office.

"We were on lockdown since March," Johnson said Wednesday on Instagram. "We have been disciplined, we have quarantined, we have isolated. I have not worked."

But he made one mistake: Inviting family friends into his house who later tested positive. On Wednesday, Johnson, 48, revealed his entire family also contracted the novel coronavirus, and have recovered after several weeks of illness.

"I wish it was only me who tested positive, but it wasn't, it was my entire family, so this one was a real kick in the gut," he said.

Johnson urged his fans to be more careful with gatherings - and to always wear a mask.

"If you guys are having family and friends over to your house, you know them, you trust them, they've been quarantining just like you guys, you still never know. You never know," he said in the video, which had been viewed more than 4.7 million times by early Thursday.

Johnson, the highest-paid actor in Hollywood, is arguably the highest-profile celebrity yet to catch the virus, which has struck other entertainers including Tom Hanks and Idris Elba and numerous top athletes like NBA stars Rudy Gobert and Kevin Durant.

At least 182,000 people have died of covid-19 in the United States, and Johnson said he considers himself lucky his family survived the illness.

"We are counting our blessings right now because we are well aware that it isn't always the case you get on the other end of covid-19 stronger and healthier," he said.

Johnson said he caught the virus after inviting over close family friends who had also been "incredibly disciplined." But somehow, they had contracted it before visiting.

While his two young daughters quickly recovered, Johnson said he and his wife, Lauren Hashian, "had a rough go."

"I can tell you this has been one of the most challenging and difficult things we've ever had to endure as a family," he said.

The actor said the experience would only tighten his resolve. If he invites anyone else into his house, he said, they'll first have to take a coronavirus test. He suggested others should do the same.

"You want to be with the people who you love and who you care about and who you have a good time with. My takeaway here isn't necessarily keep them away. I'm not saying that," he said. "But what I am saying is apply an even greater discipline to having people over to your house."

In addition to urging fans to take steps toward boosting their immune systems and improving their overall health, Johnson also advocated for face masks - a proven measure to reducing the spread of the coronavirus, despite political pushback from some conservatives.

"It baffles me that some people out there, including some politicians, will take this idea of wearing masks and make it part of a political agenda," he said. "It has nothing to do with politics. Wear your mask."

The actor noted that his mother, who survived lung cancer and now has serious breathing conditions, wears a mask as well.

"She wears her mask every day because it's the best thing for her health and her safety," he said, "but also again it's the right thing to do when it comes to protecting other people."