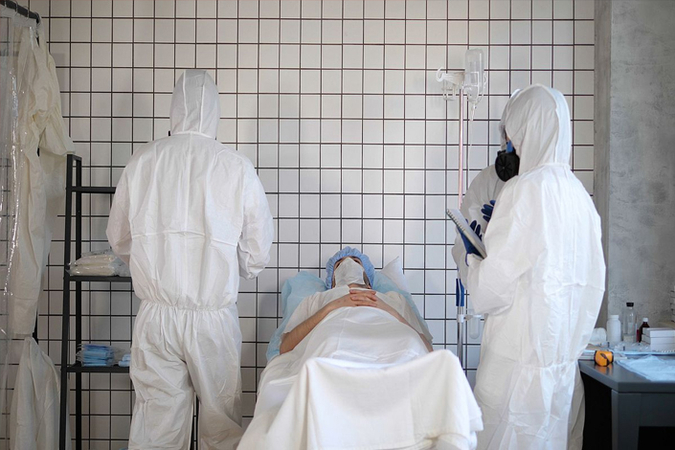 As per the Health Ministry’s website, the total number of infections in the country now stands at 38,53,406.

The coronavirus cases in India are setting up new records with every passing day as a spike of 83,833 cases was recorded in the last 24 hours taking the toll past to 38-lakh mark, the Union Health Ministry said on Thursday.

This is the highest single-day spike in the cases of the deadly virus since it was first tracked.

As per the Ministry’s website, the total number of infections in the country now stands at 38,53,406.

India is also touching the new highs in the context of the testing as in the last 24 hours, 11,72,179 samples were tested.

It takes the total number of tests past 4.55 crore.

In the last 24 hours, 1,043 deaths linked to the disease were recorded pushing the total number of fatalities to 67,376.

In terms of recovery rate, over 29 lakh have recovered from the infection in the country which makes the recovery rate stand at 77 per cent.

The state-wise data shows that Maharashtra remains at the top position in terms of the number of cases recorded. It is followed by Andhra Pradesh, Tamil Nadu and Karnataka.

Talking individually about Maharashtra itself, the state has recorded a spike of 17,433 new cases, its highest single-day count so far, taking its tally to 8,25,739.

292 fresh death cases were reported from the states out of which 34 were from Mumbai which takes the total number of death cases to 25,195.

India has been reporting one of the lowest COVID-19 fatality rates in the world with the figure further declining to 1.76 per cent against a global average of 3.3 per cent, the Union Health Ministry said on Wednesday.

The global coronavirus infections have soared past 2.57 crore.