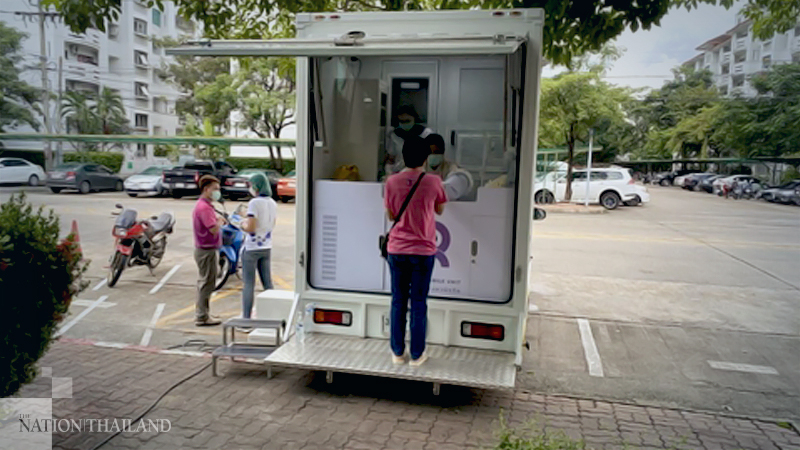 The Urban Institute for Disease Prevention and Control took a biosafety mobile unit to conduct Covid-19 tests on people living in a Baan Suan Thon Phuttha Bucha condominium building in Bangkok's Thungkhru district on Saturday, after a man tested positive earlier in the week. It was the first domestic case in Thailand in over a 100 days. 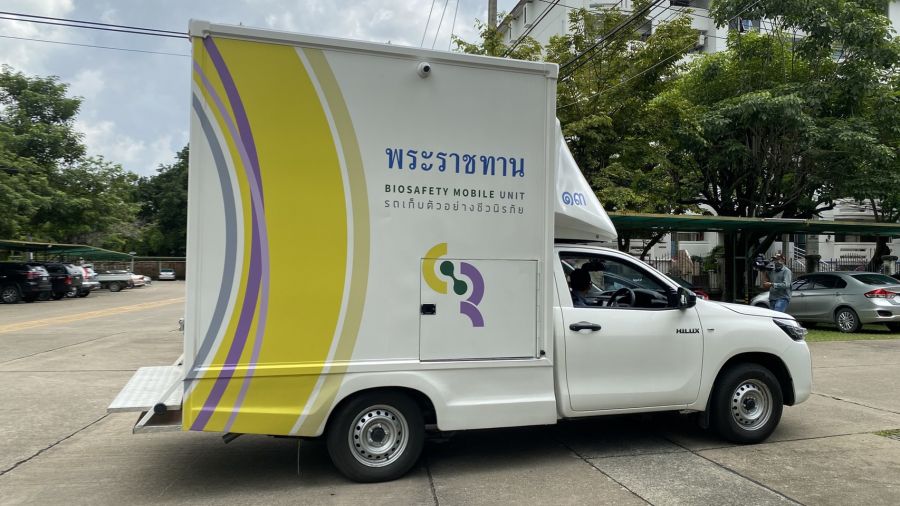 According to an investigation, the man lived in the condominium and worked as a DJ in the Rama III and Rama V areas before he was arrested. He has no record of travelling to any foreign country.

After the news had been reported, the Ministry of Public Health disinfected the condominium building on Friday. 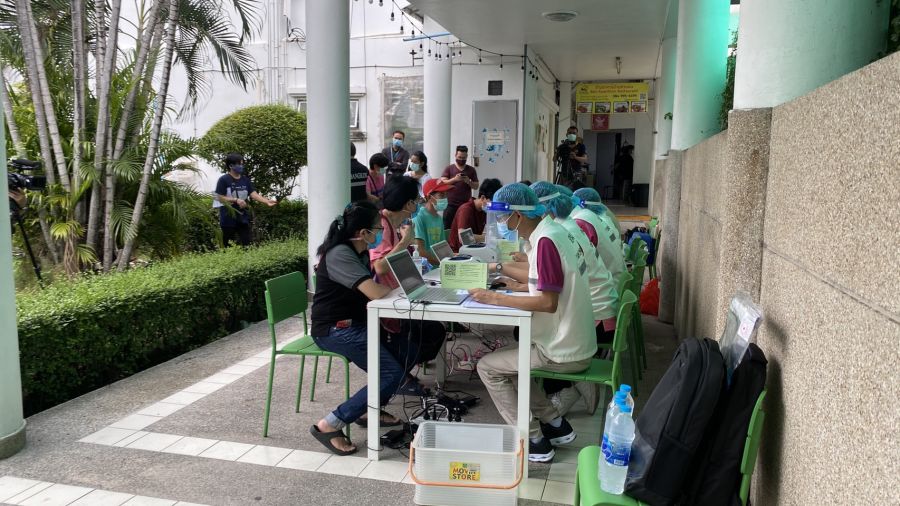 Institute officials said people who would like to test for Covid-19 must register themselves, adding that they have prepared 300 sets of equipment to collect samples from registrants.

"The Covid-19 test results on 12 people who were in contact with the patient, including six of the patient's family members, showed negative," the official said.

"This move is aimed at alleviating uncertainty among people living in the condominium. The results of the tests are expected within one to two days," the official added.