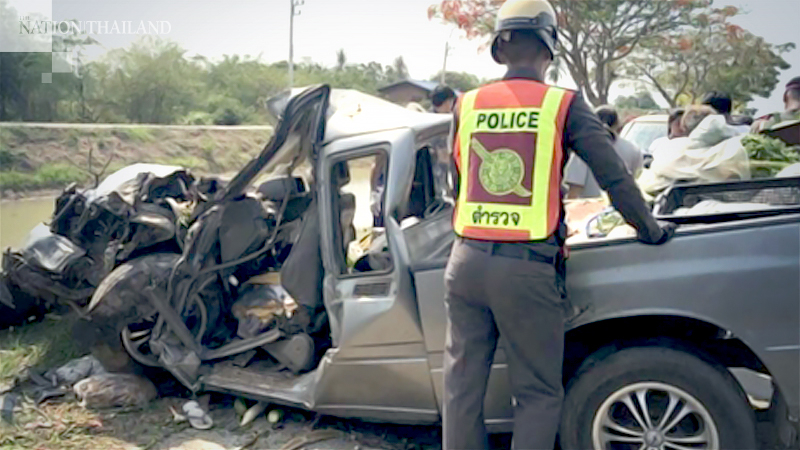 Bangkok and Suphanburi province saw the highest number of road accidents during the September 4 to 7 holidays.

According to the Transport Ministry, there were 38 car crashes in the capital, while Suphanburi recorded nine motorcycle accidents.

Between September 3 and 7, there were 405 road accidents nationwide, with 59 people being killed and 365 injured. Of these, 116 were motorcycle accidents, which accounted for 31 deaths. Speeding was found to be the most common cause for the crashes.

Chaiwat Thongkamkoon, the ministry’s permanent secretary said some 9.82 million people took public transport to travel between provinces during the long weekend, or 10.92 per cent less than expected.

Meanwhile, more than 14 million vehicles drove in and out of the capital, or 38.63 per cent more than initially expected. Most of the vehicles travelling in and out of Bangkok were private cars.