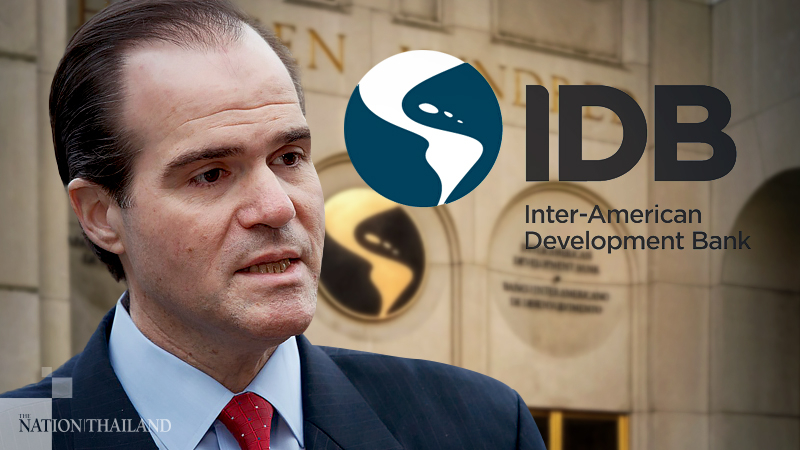 WASHINGTON - Far from the major foreign policy battlefields of China, Russia and the Middle East, a conflict is brewing much closer to home that may have far-reaching effects on the Americas.

At the end of this week, governors of the Inter-American Development Bank are due to vote for the new president of the hemisphere's premier international lending institution. The winner, for a five-year term, is virtually certain to be the Trump administration's candidate, Mauricio Claver-Carone, the current head of Western Hemisphere affairs at the National Security Council.

His candidacy marks the first time the United States - by far the bank's biggest donor - has put forward a nominee for the 61-year-old institution, which by tradition and political agreement has always been headed by a Latin American.

It has created rifts among the region's big countries and resignation among some of the small ones, and been met with silence from most of the bank's donor nations in Europe and Asia, which have voting "shares," but are anxious to avoid yet another fight with the United States.

On one side in the region itself are Brazil and Colombia, both considered close Trump allies, which support Claver-Carone. On the other are Argentina, Chile Costa Rica and Mexico, which resent the way the nomination was made, breaking precedent with no consultation or warning of the abrupt June announcement of Claver-Carone's candidacy.

Couching their public opposition in concerns over the coronavirus pandemic, the nations have called for postponing the vote until next year. In a briefing for reporters last week, Michael Kozak, U.S. assistant secretary of state for the hemisphere, dismissed those worries as "specious" and said leaving the bank presidency vacant for months after the October departure of the current officeholder, Colombian Luis Alberto Moreno, is "not a viable proposition."

"If other people want to run candidates, that's great," Kozak said. "You get competition of ideas and so on. But you don't just say 'Well, I want to make this whole thing go away for six months.' "

A Florida-born Cuban American who has run hard-line policies against Cuba and Venezuela from the White House, Claver-Carone served briefly as U.S. representative to the International Monetary Fund but was twice rejected by Moreno to be vice president of the IDB, a position traditionally held by a U.S. appointee.

Since his nomination as bank president, he has conducted an energetic campaign of phone calls, visits and interviews that have been widely covered by Latin American media.

He has pledged a new energy and youthful vigor for the organization, and Washington contacts that he says will smooth new funding at a time when most of Latin America is suffering severe economic and political strife. He will, he has promised, wean the region away from China, now South America's largest trading partner, toward a new partnership with the United States.

"Do you want the largest economy in the world to partner up for the mutual benefit of the region we live in?" he said in a recent interview. "I think the answer is yes."

While regional media has reported unverified U.S. arm-twisting, a senior Latin American diplomat, who spoke on the condition of anonymity to discuss the matter, said he had seen no evidence of that. Claver-Carone "doesn't need to threaten," given U.S. influence and voting power in the bank, he said.

But the diplomat and a number of regional experts questioned whether Claver-Carone, whose outspokenness and long career as an anti-Cuba activist can produce the kind of recapitalization that the IDB will need to rebuild Latin American countries already in economic distress before they were hit hard by the pandemic.

Several countries that had informally circulated the names of potential nominees earlier in the year ultimately withheld them after the sudden nomination of Claver-Carone. Costa Rica withdrew its nomination of former president Laura Chinchilla last week after she said she was no longer interested. In a statement, Chinchilla cited the "abrupt change in the rules" when the "government of the United States of America decided to alter this norm that was in force for 60 years, without prior consultation processes or institutional agreements."

In discussions among themselves, some countries have suggested simply not showing up for the virtual vote and denying the required quorum of three-fourths of the hemispheric members. Officials in the region said this week that is unlikely, however, and those opposed may simply vote no.

In a public statement late last month, former presidents of Brazil, Chile, Colombia, Mexico, Spain and Uruguay called the U.S. nomination a "grave lack of respect" to the region and "a blow to Latin American dignity."

Last week, former U.S. secretary of state George Shultz and former U.S. trade representatives Carla Hills and Robert Zoellick, along with Sen. Pat Leahy, D-Vt., said in a statement that "Mr. Claver-Carone is a political appointee in the Trump White House whose controversial nomination would break a longstanding precedent" and "contradict an explicit political commitment dating to the Bank's founding."

While some countries support his nomination, they wrote, others "have wisely called for delaying the vote. . . . Moreover, regardless of who occupies the White House next year, there are plenty of Latin Americans . . . who have the experience and temperament to excel as the next IDB president, and who would enjoy bipartisan support in Washington."

Leading administration officials have been largely silent on the nomination. It has drawn nary a tweet from the president, perhaps because the bank's voting procedure has made Claver-Carone almost impossible to beat.

Under the rules, he must get the votes of more than half of the region's 28 member countries, and says he already has 17 commitments. The winner also needs 50.1% of weighted "shares" in the bank. The United States controls 30.4% of the shares, and along with Brazil's 11.4% and Colombia's 3.1%, he needs only a few small countries to make up the difference.