Police were alerted of a public shootout on Tuesday (September 8) outside a department store in Samut Prakan’s Bang Phli district, but the gunmen had disappeared by the time officers arrived.

All they found at the scene were eight bullet casings and bullet holes in a parked car. No deaths or injuries were reported.

On Wednesday morning, Somjet Pojaroen, 55, turned himself in along with a .22 revolver that he said was used in Tuesday’s shooting.

Somjet said he used to work as an assistant village headman and now runs a motorcycle taxi business from outside the department store.

He reportedly told police that the other shooter was Prayoon Hong-um, 47, who runs a motorbike taxi business in another area. 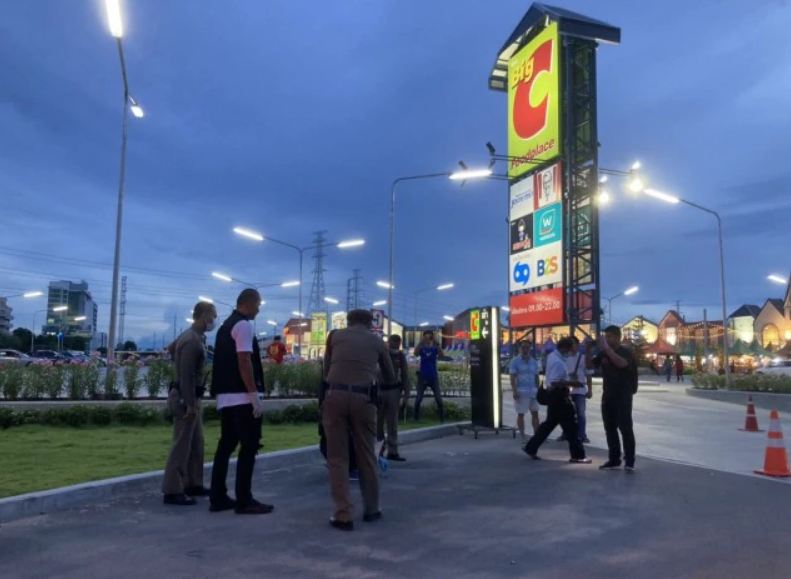 “One of Prayoon’s motorbike taxis was picking up a passenger in my area, so I stopped him and sent him away,” he said. “A few minutes later, Prayoon showed up with some 20 men and demanded an explanation. I saw he was armed with a gun, so I rushed to grab my gun from my backpack, when his group chased and fired at me. I had no choice but to fire back.”

Somjet added that the two sides traded several shots, until Prayoon’s group left the scene possibly because they were out of ammunition.

“I decided to turn myself in to show that I was defending myself and have no intention to escape,” he said.

As of press time, police had still not heard from Prayoon and were getting ready to seek an arrest warrant for him if he does not turn himself in.

Somjet, meanwhile, faces charges of possessing a gun without a licence and discharging firearms in public without a proper reason.