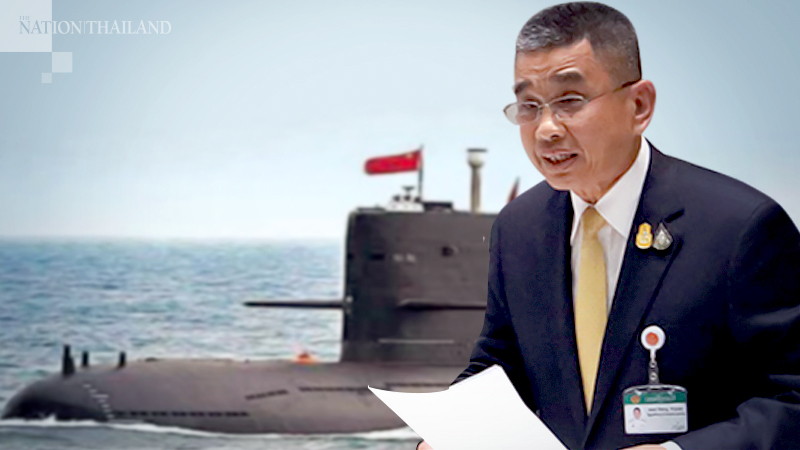 The government did not seek Parliament approval to procure the first submarine from China because at the stage of drafting an agreement, the Foreign Ministry determined the pact came under enforcement of Thai law, not an international legal treaty nor a contract under Section 23 of the Interim Constitution of the Kingdom of Thailand 2014, said Deputy Defence Minister General Chaichan Changmongkol.

Chaichan said the Navy signed a commercial contract for the submarine purchase under Section 178 of the current constitution, which has the same content as Article 23 of the interim constitution.

The reason for not requesting a full power of attorney when signing the agreement was due to a Cabinet resolution on July 2, 2013, which designated that the signing of a pact on behalf of a government agency with a foreign government agency without commitment under international law does not require the full power of attorney, and the authorised signatory of that agency can sign the agreement.

Chaichan said the Cabinet had given approval for the Navy commander to be its representative in signing the submarine agreement. On its part, China assigned its State Administration for Science, Technology and Industry for National Defence office (SASTIND), a unit directly under the Chinese government, to sign the agreement with the Thai side. SASTIND then authorised China Shipbuilding & Offshore International, which is a state enterprise, to proceed with the agreement.