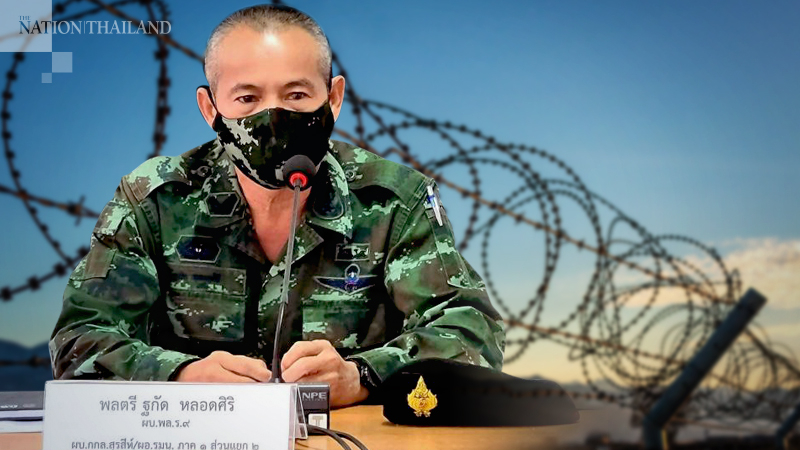 Maj-General Thakad Lordsiri, commander of the Surasi troop which patrols the Thailand-Myanmar border in Prachuap Khiri Khan, checked the barbed wire fences placed in different parts of the province, including the Dang Singkhon pass, which is only used to transfer goods for now.

Surveillance in this area has increased in response to rising Covid-19 cases in Myanmar.

The Army has placed a tight control over all border points, including 39 natural channels between Hua Hin and Bang Saphan Noi districts. Of these, 18 checkpoints are on 24-hour surveillance, while officials conduct random patrols to catch migrants trying to enter from the Myanmar side.

He confirmed that so far, no Covid-19 cases have been brought into the province from Myanmar.