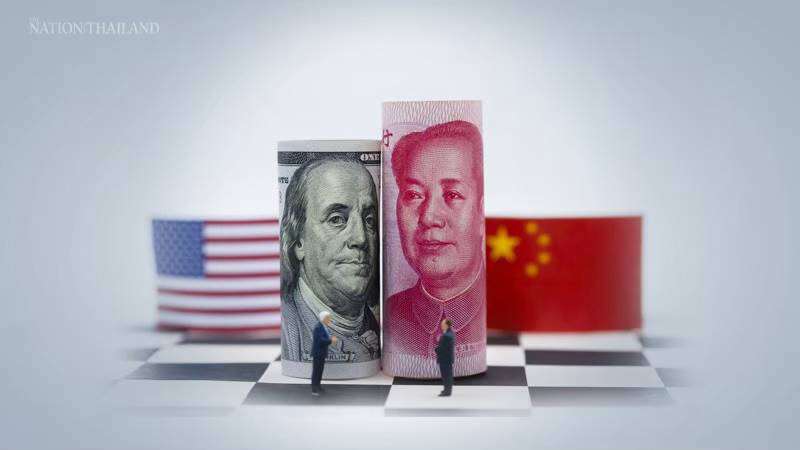 The Trump administration has banned the import of certain apparel and computer parts from China, saying that they are made by forced laborers from the Xinjiang region.

The move adds five new Chinese entities to an import blacklist the United States has used several times in recent years to combat what it calls China's widespread practice of forcing ethnic minorities from the Xinjiang region to work under involuntary conditions.

"The Trump Administration will not stand idly by and allow foreign companies to subject vulnerable workers to forced labor while harming American businesses that respect human rights and the rule of law," Acting CBP Commissioner Mark A. Morgan said in a statement.

"These actions send a clear message to the PRC that it is time to end its practice of state-sponsored forced labor and to respect the human rights of all people," Secretary of State Mike Pompeo said in a statement.

China's embassy in Washington, D.C. didn't immediately respond to a request for comment.

The U.S. Tariff Act of 1930 prohibits the importation of goods produced with the help of forced labor. A 2015 law strengthened CBP's ability to block such goods.

Monday's prohibition is one of a number of steps the United States has taken to combat China's actions in Xinjiang, where Western officials and human rights groups say China is holding Uighurs and other Muslim minorities in mass detention camps.

In addition to the import bans, the Trump administration has also blocked the export of high-tech goods to Chinese companies that it says are involved in repressing minorities in Xinjiang, including by supporting obtrusive digital surveillance.

The latest move will block the import of goods made by several entities located in Xinjiang, and by one company based in China's Anhui province. The State Department says China sometimes sends forced laborers from Xinjiang to work in other regions.

Other products linked to Chinese forced labor in the past have included artificial flowers, bricks, Christmas decorations, coal, fireworks, footwear, garments and nails, according to a report from the U.S.-China Economic and Security Review Commission.