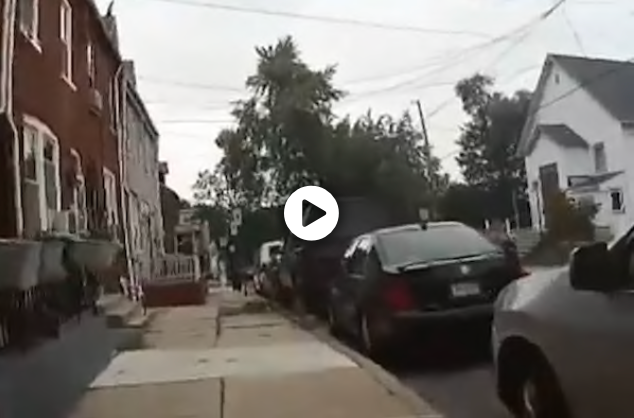 After a night of protests and riots over the fatal shooting of a Latino man by police Sunday, Lancaster, Pa., officials addressed the issue Monday and called for a different, "more human" response to emergency situations that involve mental health.

Mayor Danene Sorace said in a news conference Monday that there is a "clear need" for a de-escalation response from law enforcement, as well as an expansion of state-funded mental health care - and other social services - to prevent killings like Sunday night's, and argued that recent state budget cuts have undermined these efforts.

"Without a doubt, we lack the tools, the resources, the expertise and the capacity to do this on our own," Sorace said.

"I need help, we need help," she said. She pointed to low wages, inequality and lack of access to health care, including mental health services, as the underlying conditions most affecting minority communities.

City Council President Ismail Smith-Wade-El joined Sorace and urged authorities to take action "to make sure that behavioral health, housing and social services are readily available all across the county."

Smith-Wade-El added that the county needed to change "how we do 911 dispatch."

"I can't help but wonder, if Mr. Munoz got all the care he needed years ago, could we possibly be in a different place?" he asked.

The officials' statements followed a long night of protests and riots that erupted after a woman called 911 around 4:13 p.m. Sunday, asking for help as her brother was becoming aggressive with his mother and was attempting to break into her house. Soon after a police officer arrived at the residence, the man chased him, wielding a knife in his hand "in a threatening manner," according to the Lancaster Bureau of Police.

Video from the officer's body camera, released by the Lancaster County district attorney's office, shows a woman exiting a building as the officer asks, "Where did he go?" The suspect then rushes out of the building and the officer starts to run, before shooting at the man several times.

A still from the video shows a blurred image of the man, later identified as 27-year-old Ricardo Munoz, holding what appears to be a knife above his head as he chased the officer, before falling to the ground.

Munoz was pronounced dead at the scene.

The officer involved in the shooting has been placed on leave as the district attorney's office investigates whether the use of lethal force was justified.

Munoz was awaiting trial on charges that he had stabbed four people, including a minor, in 2019, according to local media reports.

As large crowds poured into the streets Sunday night to demand answers - adding to a list of protests over police violence that have emerged nationwide in cities such as Kenosha, Wis.; Portland, Ore.; and Los Angeles - city officials urged residents to protest peacefully.

"We ask that the acts of protest remain peaceful as violence and destruction of property will become headlines and serve no purpose for the safety and well being of our citizens and neighborhoods," District Attorney Heather Adams said.

But Adams's calls went largely ignored as angry protesters vandalized buildings and clashed with police until the early hours of Monday.

Around 3 a.m., police used chemical agents to disperse a crowd of 100 protesters that stood on an access ramp of the police station in downtown Lancaster, the Lancaster Bureau of Police said in a news release. It said they caused damage to the premises and ignored "several warnings" that if the group did not move, chemical agents would be used.

The protesters damaged a police vehicle, shattered windows of the station's building and the post office, and threw glass bottles, rocks and bricks at officers, the police said. They piled street signs, trash cans, pieces of plywood and trash bags and set them on fire.

"The group failed to follow the instructions and chemical agents were used to disperse the crowd," police said. OC spray was deployed at those who refused to move from the ramp and "physically challenged" officers, police said.

Eight people were arrested for arson, riot and vandalism. Four are from outside Lancaster, and two were armed with handguns, the police department said.

As the city woke up to the remnants of a the unrest, which Sorace called "a heartbreaking day" for Lancaster, a heated debated followed on social media and among residents.

Many argued that the police officer acted in self-defense and thus the use of lethal force was justified and followed established protocol.

Others, including Councilor Amanda Bakay, condemned the death of Munoz as unnecessary and called for "a better way to handle these types of (911) calls."

"De-escalation and non-lethal force, when necessary, should be used on police calls instead of making a split decision to end a life," she wrote on Facebook.

Lancaster Police Chief Jarrad Berkihiser said the district attorney's office will conduct the criminal investigation while the police department conducts an administrative personnel investigation "to make sure police and training and use of force was properly followed and established."

"Any loss of life regardless of how it happened is devastating," Berkihiser added.