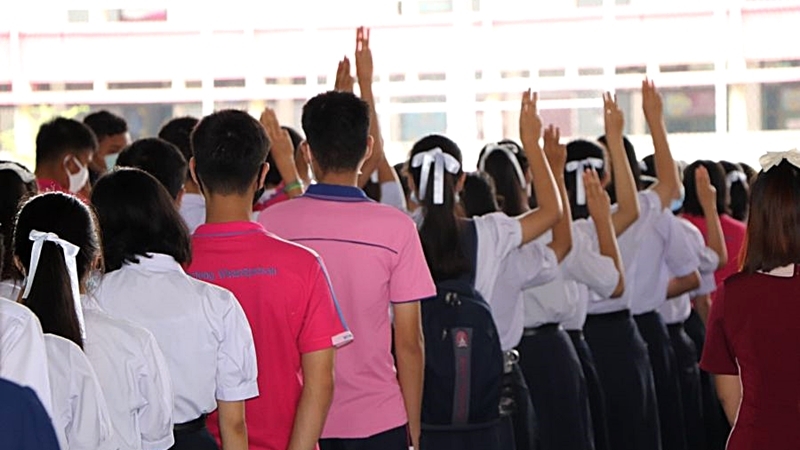 The Federation of Teachers Association of Thailand issued a letter signed on September 12 saying it fully supported students who are fighting against the establishment and want democracy to return to Thailand.

The letter said the country has suffered the worst economic and political recession and society has been in shambles since the 2014 coup, adding that teachers were ready to support the fight against this and other military-led governments.

The federation, comprising teachers’ networks from across the country, said they also supported students’ demands that the charter be rewritten, the House dissolved and the government stop harassing people who speak up against it.

The letter said the teachers especially supported the demand that the Constitution be rewritten so no more coups can be held and that the junta-selected Senate no longer has the power to select a prime minister.

The letter invited all teachers to stand by the students who are fighting to protect human rights and democracy.