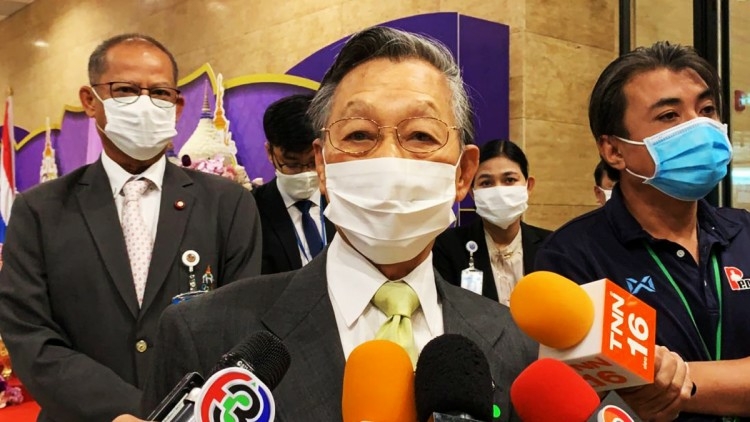 House Speaker Chuan Leekpai said on Wednesday (September 16) that the national budget for fiscal 2021 will miss its October 1 deadline because the House of Representatives wants more time to review all the documents. He said the delay cannot be blamed on the Budget Bureau.

“The bureau submitted the budget draft on June 16, but the House asked for extra time because its members want to thoroughly review the documents,” he said. “Normally the House will take seven days for the first reading, but this time they want 14 days, which has delayed subsequent readings.

“According to the law, the House of Representatives has 105 days to complete reviewing the budget, hence it has until September 28 to complete its consideration of the bill,” the House speaker said.

Meanwhile, government chief whip Wirat Rattanaset, who is also Palang Pracharat MP, said the House aims to complete the second and third readings of the budget before midnight on September 18.

“We have told MPs to strictly adhere to this timetable and have also ordered staff to ensure there are no power outages in Parliament during the budget reading,” he said.

On Monday, Deputy Prime Minister Wissanu Krea-ngam said he expected the budget’s implementation to be about a month late, while the government has said it can continue using the funds left over from the previous budget.