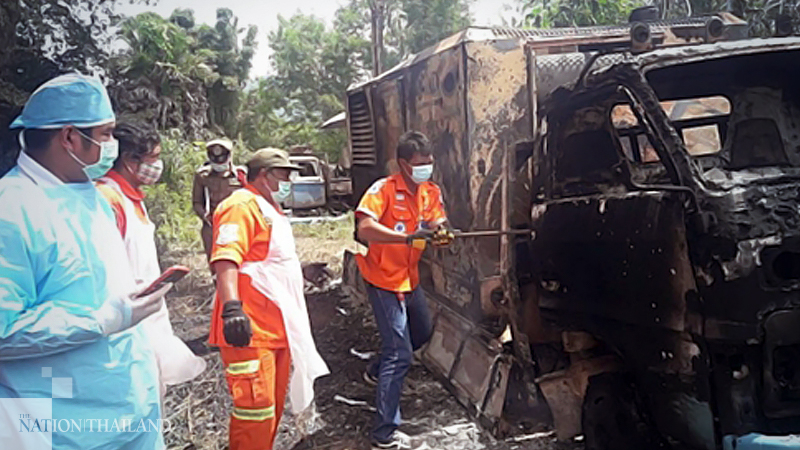 Nakhon Ratchasima’s Wang Nam Khiao police are investigating a case of a burnt six-wheel truck with a corpse inside, focusing on personal or business conflicts or even a mugging.

The truck, with the charred body of a 59-year-old man inside, was found yesterday (September 15).

After an autopsy at the Institute of Forensic Medicine, the victim was identified as Saman Faesantia, a local resident. His Wang Nam Khiao employer recently went into the underground water business, which has several competitors.

The employer admitted this was a strange case because Saman could not drive and the truck was found 10 metres away from its usual parking spot, while the wheels were also locked.

The police are still not excluding the possibility of an accident from their theories and said they would try to solve the case as soon as possible.