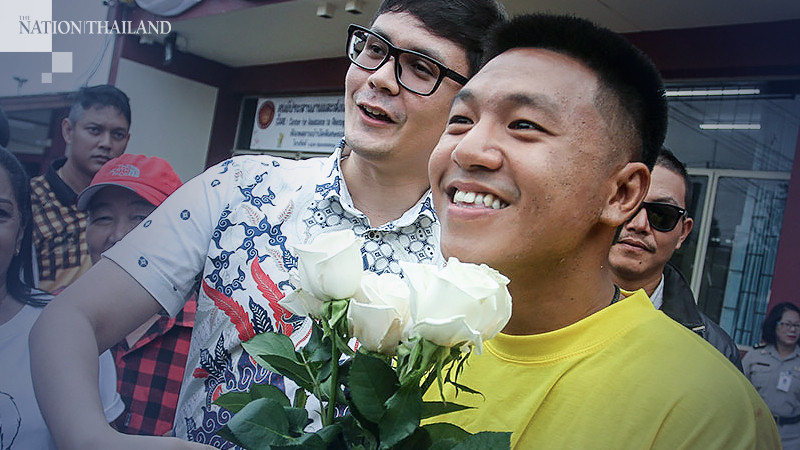 Prominent activist Jatupat “Pai Dao Din” Boonpattararaksa refused to back down as he attended court over protest-related charges on Wednesday, instead confirming he would join Saturday’s anti-government rally.

Jatupat and 15 other activist-leaders reported themselves to an attorney at Dusit Kwaeng Court in Bangkok this morning after being charged with sedition and other offences for participating in the Free Youth rally on July 18.

Jatupat said the charges were designed to prevent activists from exercising their legal right to peaceful protest and were a form of state intimidation.

He also reiterated the protesters’ three core demands: to end state intimidation of critics, dissolve Parliament, and amend the Constitution.

Protesters plan to camp overnight at Thammasat University in Bangkok on Saturday before marching to Government House on Sunday. Organisers expect up to 100,000 people will join the rally, making it the largest protest since the 2014 coup.