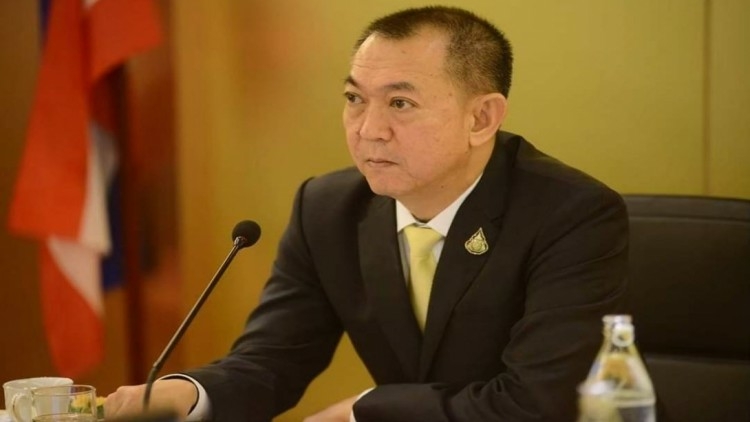 Agriculture and Cooperatives Minister Chalermchai Sreeon has ordered the Royal Irrigation Department (RID) to be on high alert when tropical storm Noul blows into Thailand this weekend.

The storm is forecast to bring heavy rain and flash flooding to the North, Northeast and East of the country from Friday to Sunday.

The RID has been ordered to set up teams to monitor flood-prone areas and cooperate with local authorities to solve flood problems as fast as possible.

"Also, the department has been instructed to improve storage capacity to conserve water for the upcoming drought season, because reservoirs nationwide are currently at a low level," said Chalermchai, who spoke after presiding over a water management 2020-21 meeting at the Royal Irrigation Department's Smart Water Operation Centre (SWOC).

RID chief Thongplew Kongjun said he has instructed his officials to prepare excavators, tractors and water pumps in flood-risk areas, as well as monitor dams, reservoirs and watergates, and clear waterways of obstructions.

The Chao Phraya basin's four dams, Bhumibol, Sirikit, Khwae Noi Bamrung Dan and Pasak Jolasid, were 41-per-cent full with a total 10.15 billion cu/m of water, of which 3.45 billion cu/m was for irrigation.

"We have used 3.33 billion cubic metres of water in Chao Phraya basin, accounting for 103 per cent of the water management plan [this year], but we can confirm that there is sufficient water for consumption, agriculture, and the environment to last through the rainy season," Thongplew said.

The RID was conserving as much water as possible in line with the Agriculture and Cooperatives Minister's plan to reduce risks of shortage during the upcoming drought season, he added.