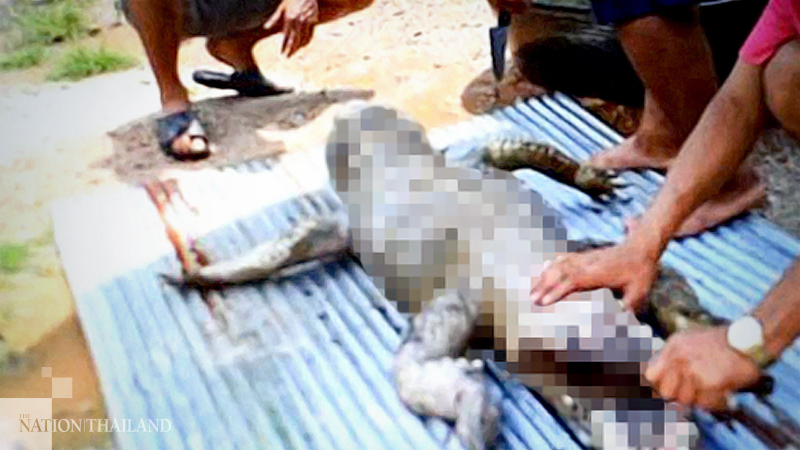 Locals in Rayong’s Muang district hunted, killed and then ate a two-metre-long crocodile on Thursday (September 17) after it brutally attacked another resident.

Yongyut Hararat, 52, was fishing in a canal when a crocodile suddenly pounced on him and bit off his right arm. The victim was eventually saved from the reptile’s death grip when his friends jumped in.

Yongyut, who was taken to the hospital immediately, was reported to be in stable condition.

The victim’s friends, who hunted and killed the crocodile, said they decided to cook and eat the animal out of revenge.

Villagers believe the crocodile may have escaped from a crocodile farm nearby which has gone out of business.