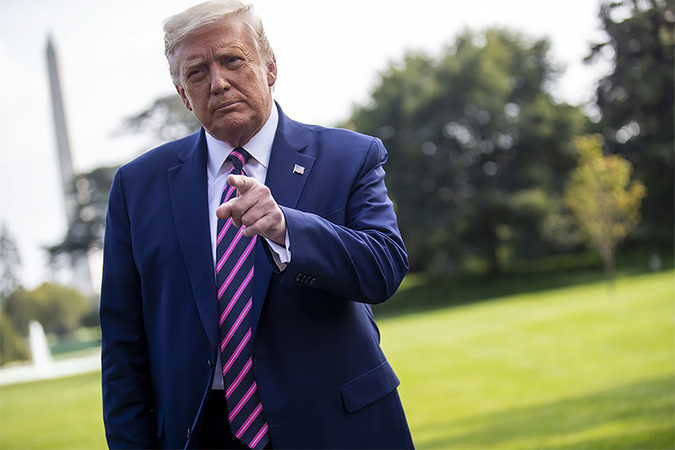 WASHINGTON - President Donald Trump said Friday every American would have access to a coronavirus vaccine by April, contradicting his own statement of two days earlier and sowing deeper confusion about the process and timing of vaccine approval and distribution.

When Centers for Disease Control and Prevention Director Robert Redfield said earlier in the week that the general public were unlikely to get access to the vaccine until the second and third quarters of 2021, echoing other scientific leaders in the administration, Trump said he'd misspoken.

"I think he made a mistake with that statement," Trump said Wednesday. "When he said it, I believe he was confused. I'm just telling you we're ready to go."

Trump then said a vaccine would be ready in weeks and swiftly made available, despite the fact that no one knows yet when sufficient data will be collected from clinical trials to show that one of the vaccines in late stage trials is effective or safe.

Then, at a news briefing Friday, Trump announced a specific timeline, not far off from the one Redfield had laid out two days earlier.

"Hundreds of millions of doses will be available every month, and we expect to have enough vaccines for every American by April," Trump said.

The U.S. government has invested billions of dollars to make vaccines before they are proved safe and effective, pre-purchasing hundreds of millions of doses. Pfizer, for example, whose executives project they may have data showing whether their vaccine works by the end of October, has said that 100 million doses will be ready by the end of the year. But whether those can be given to people will depend on data that persuades regulators the vaccine is effective and safe.

The U.S. government has pre-purchased 300 million doses of a vaccine made by AstraZeneca, to be delivered as early as October, for example. But the clinical trial of that vaccine is on hold in the United States as a committee investigates a possible adverse event in a British trial, potentially delaying the collection of data that the Food and Drug Administration would require before greenlighting the vaccine. Astra Zeneca chief executive Pascal Soriot has said that the trial is still on track to report results by the end of the year. The trial was paused globally, but has resumed in the United Kingdom, Brazil and India.

Trump said Friday that the vaccines "are going through the gold standard of clinical trials with very heavy emphasis placed on safety."

He also claimed that as soon as a vaccine is approved, his administration will begin distribution within 24 hours.