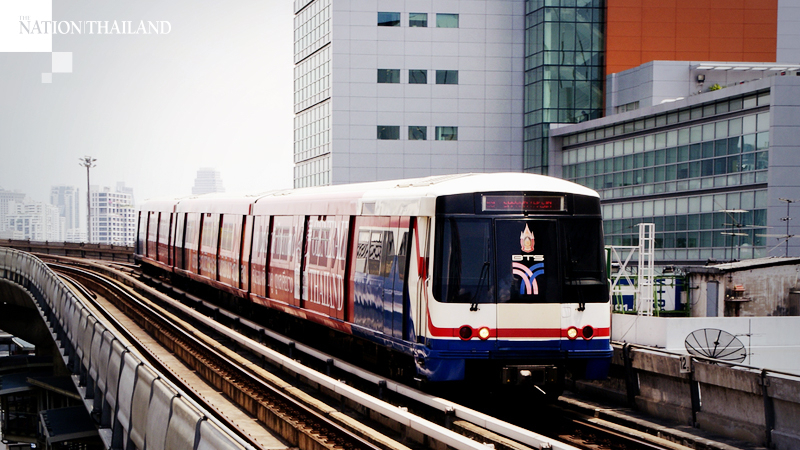 Bangkok commuters can ride SkyTrain of the Bangkok Mass Transit System Pcl free on Bangkok Car Free Day on September 22 if they carry a bicycle along.

BTSC chief executive officer Surapong Laoha-Unya said the BTSC would allow cyclists to carry their bicycles into the SkyTrain free of charge on both the Silom and Sukhumvit lines on Tuesday. Those who carry foldable bikes can ride the train for free all day, while those with normal bikes can ride for free during two periods: 6am to 6.30am and 10am until the station closes.

All cyclists can obtain a free-ride coupon at the ticket offices at BTS stations, he said.

“I would like to invite commuters to use public transport and bicycles instead of cars to reduce air pollution, stop global warming and make Bangkok a more livable city,” he added.

The company will also give away 10,000 seedlings of plants that are effective in catching PM2.5 dust particles to BTS passengers at Siam Station from 10am onwards. For more information, contact tel. 02-617- 6000, Line: @btsskytrain or BTS SkyTrain mobile application. 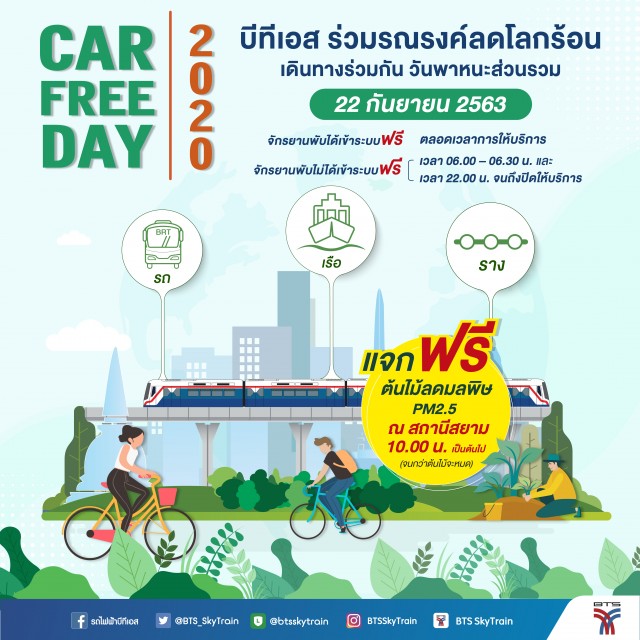