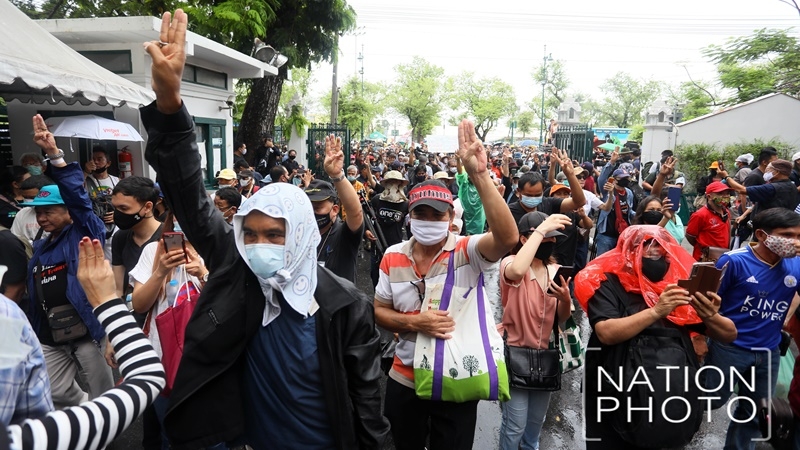 Thousands of pro-democracy protesters have entered Thammasat University's Tha Prachan campus in Bangkok to hold a political rally on the university's football field on Saturday (September 19).

Posted by The Nation Thailand on Saturday, September 19, 2020

Related story: Protesters from around the country arrive in Bangkok for anti-government rally 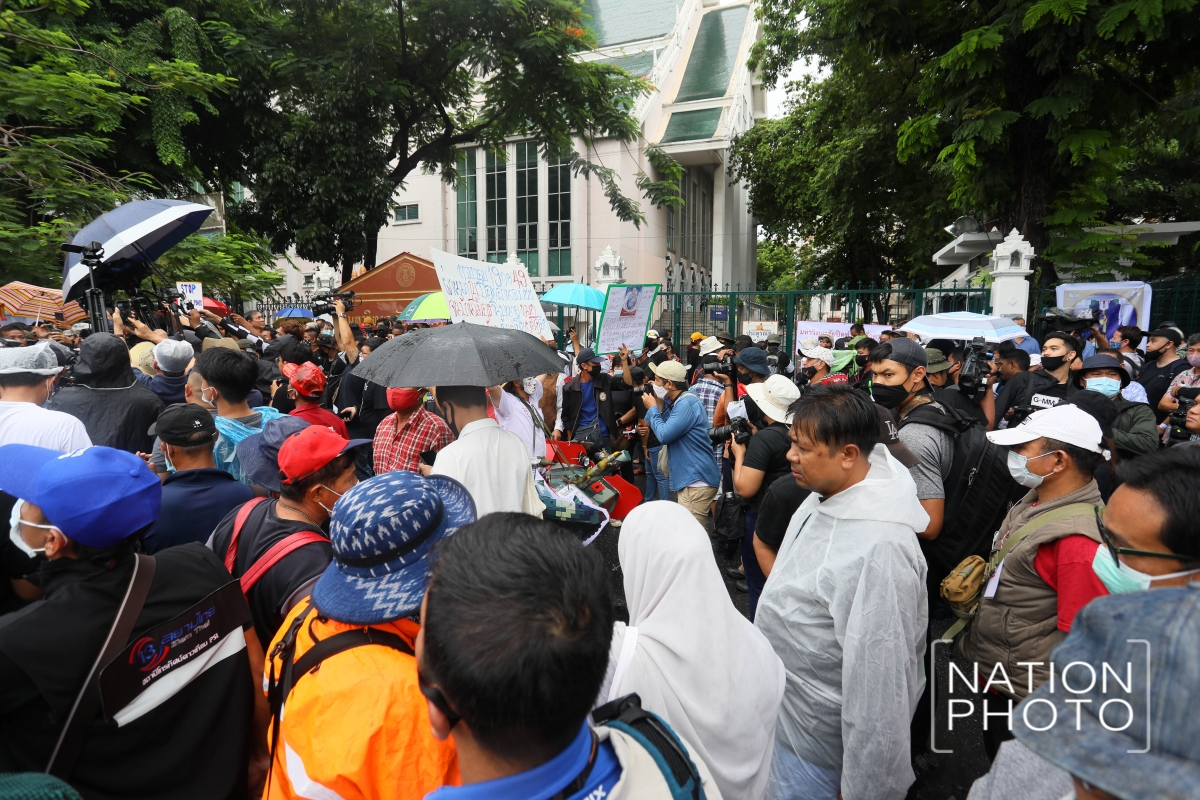 At 11.40am, Panusaya Sithijirawattanakul, the leader of United Front of Thammasat, one of the protest organisers, and Demonstration group leader Panupong Jadnok negotiated with university staff to open the gate. 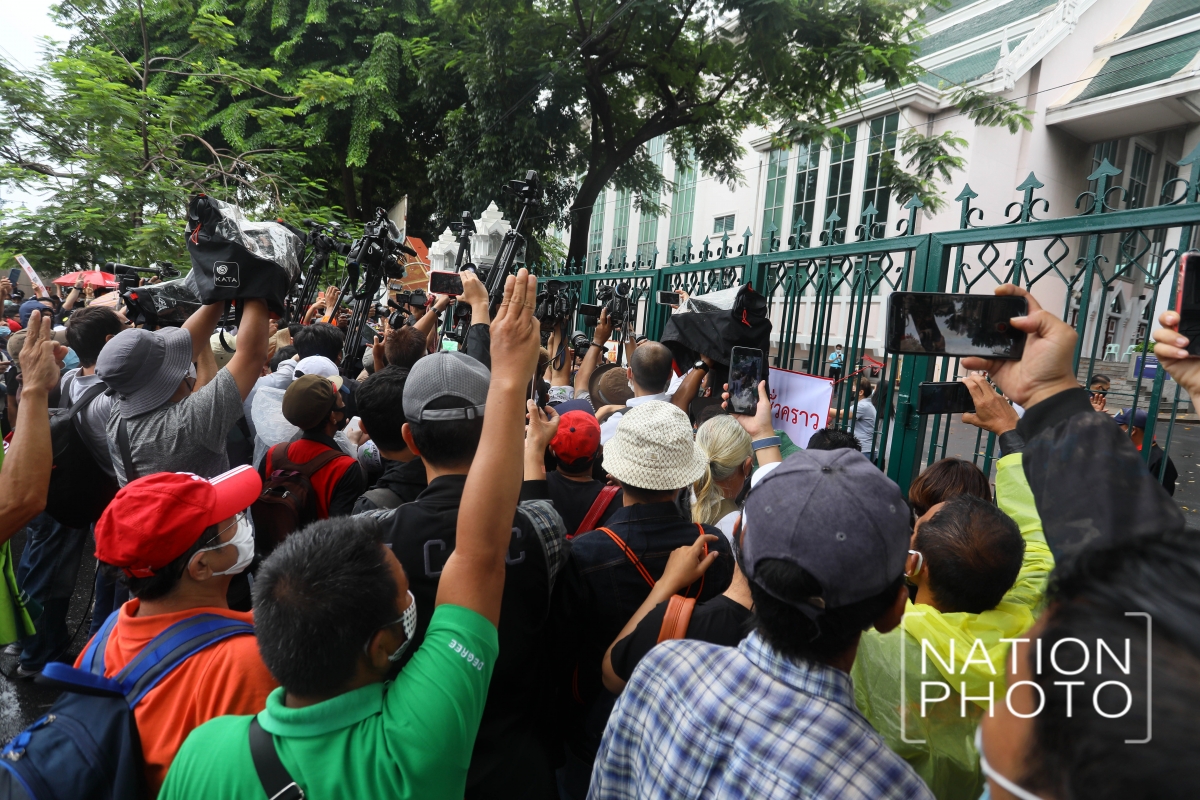 When they failed in their efforts, Panupong shouted to staff inside the university that "This university belongs to the people" Many people who had gathered for the rally told the leaders to tear down the gate.

At 12.05pm, the protesters managed to enter the university compound after the door beside the gate was opened.

Meanwhile Panupong and his supporters opened the gate for the protesters, shouting that he would take responsibility for whatever happened today before leading people to the university's football field. 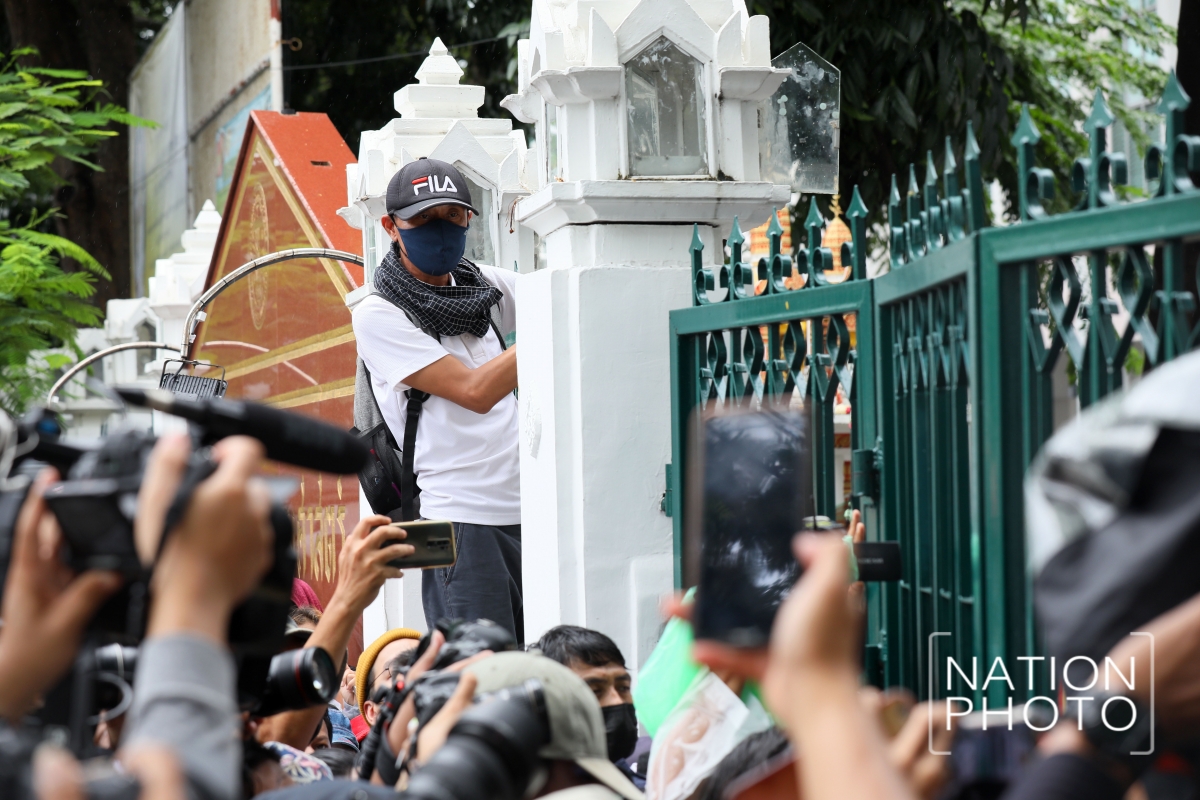 Panupong told media that they would banish dictatorship and bring democracy back, even if he had to face imprisonment for his mission. 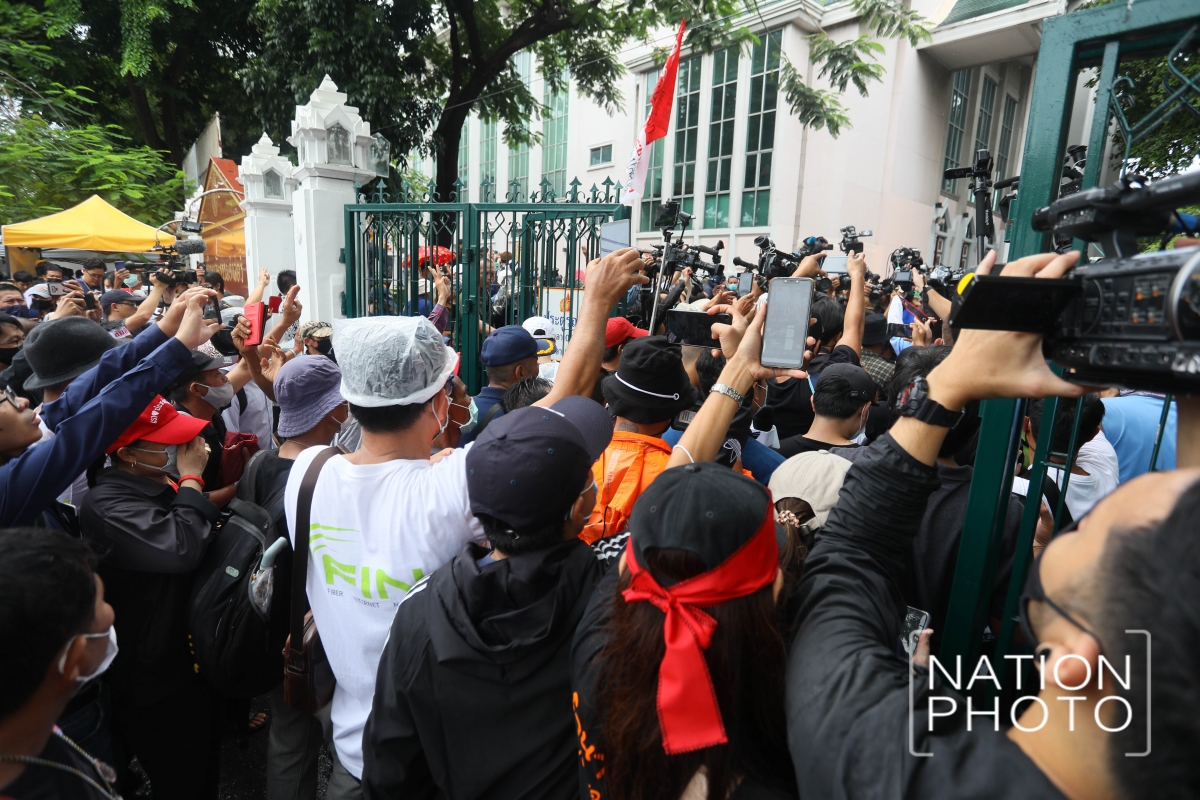 "The university staff's move to prevent the rally has violated the Constitution," he said, adding that the rally may continue until Sunday if the staff continued to stop them.

"We understand that the staff must obey their commanders' orders, but the commanders should pay attention to the rights of the youth rather than their positions because we are coming in peace," he added. 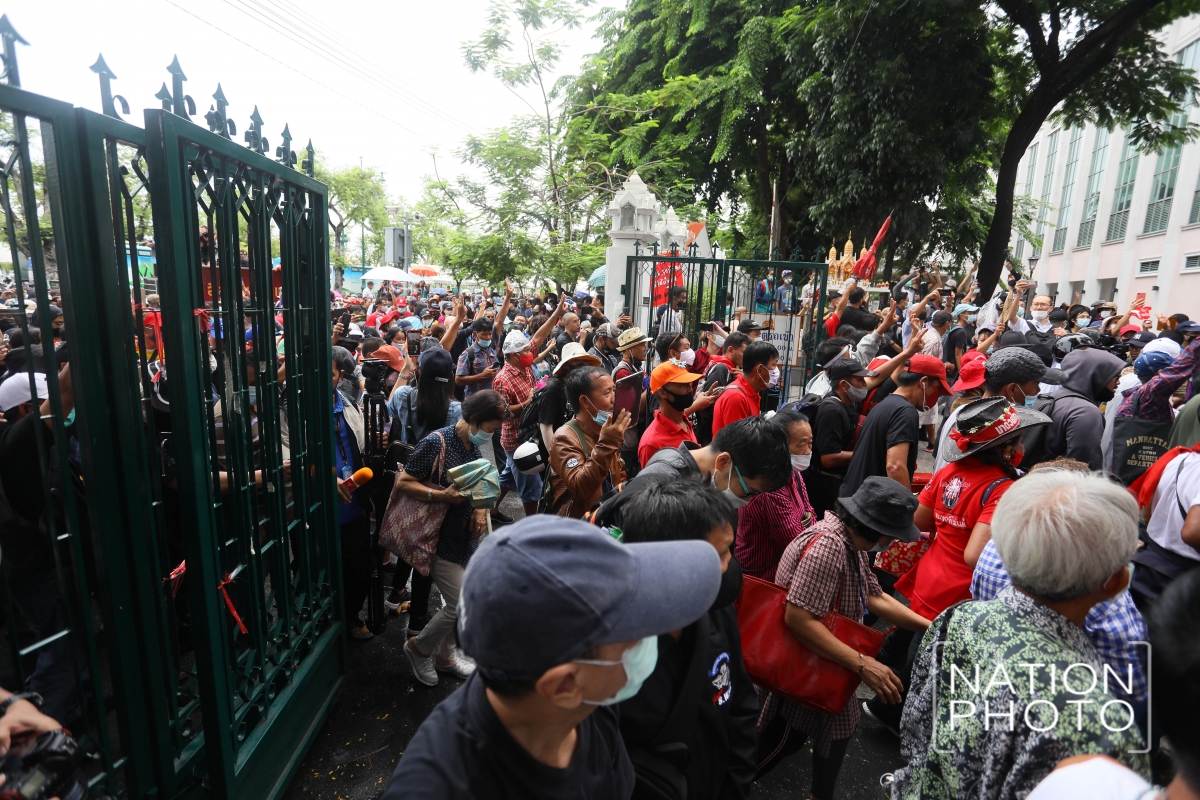 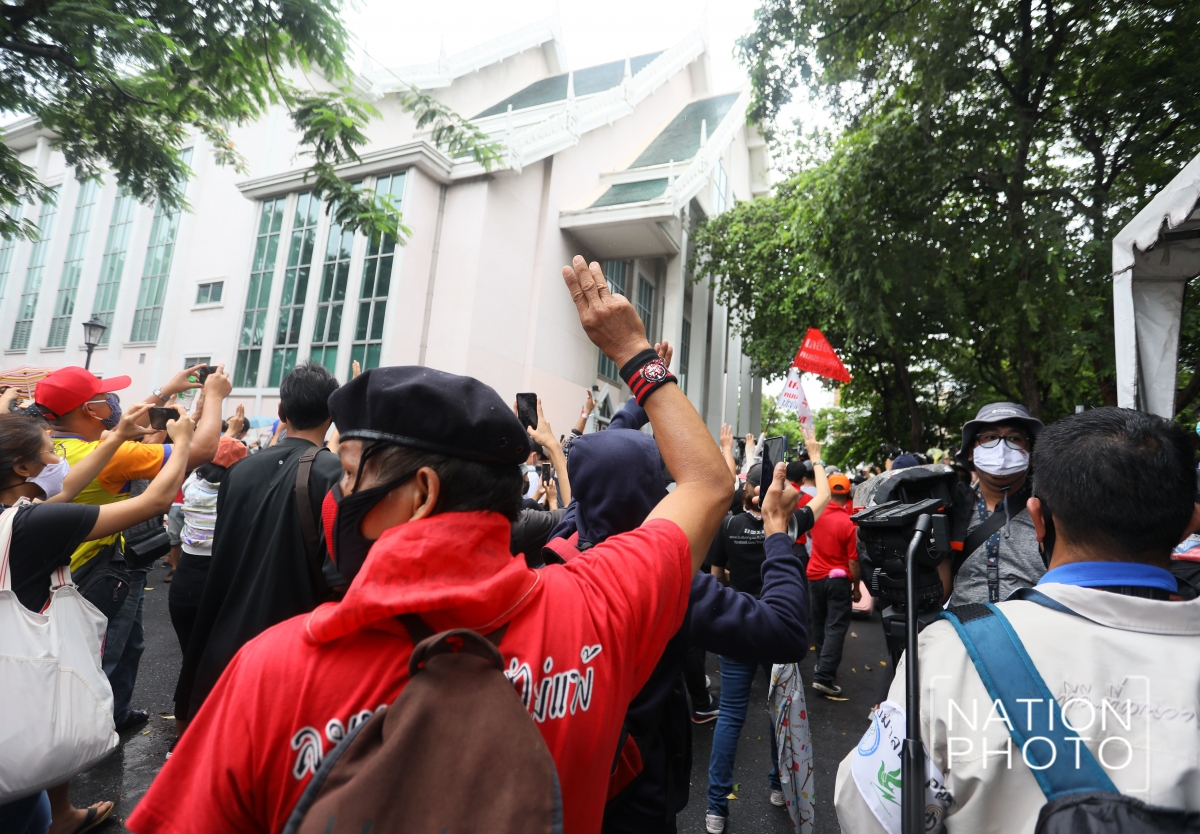 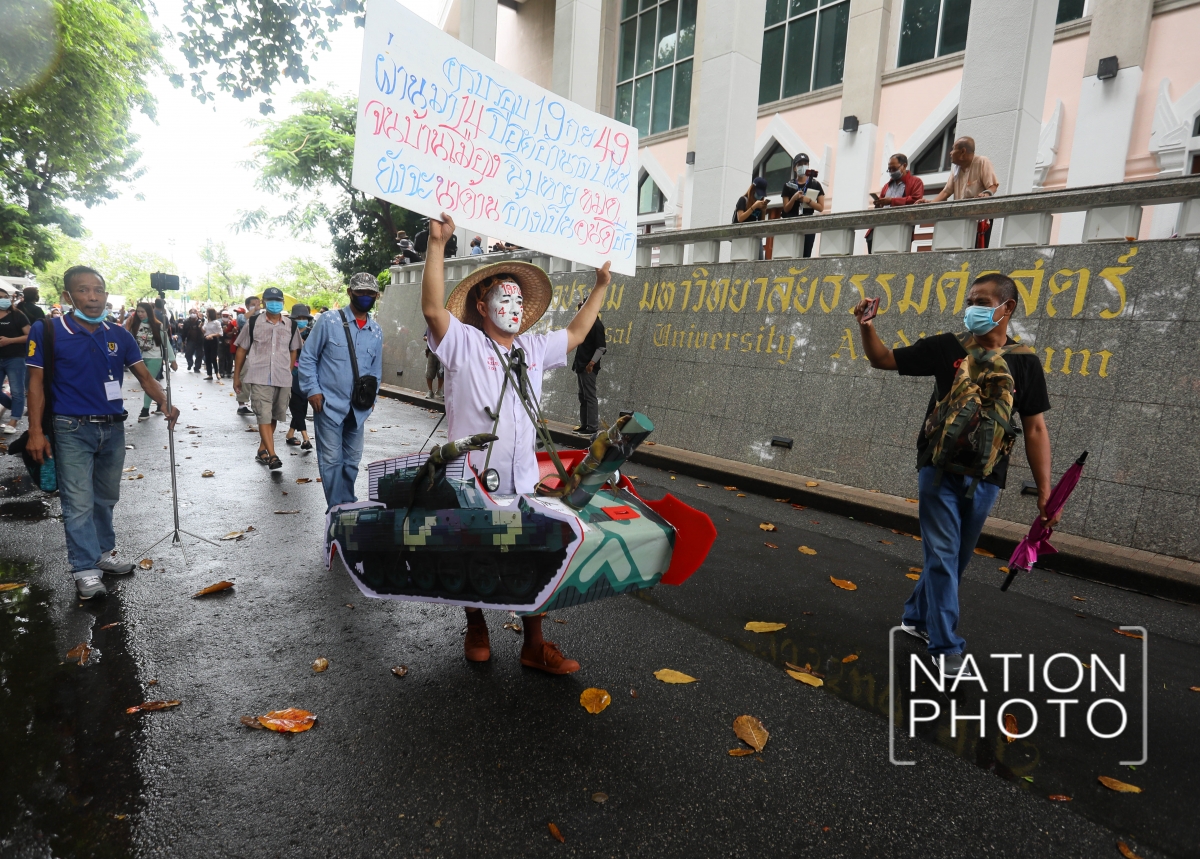 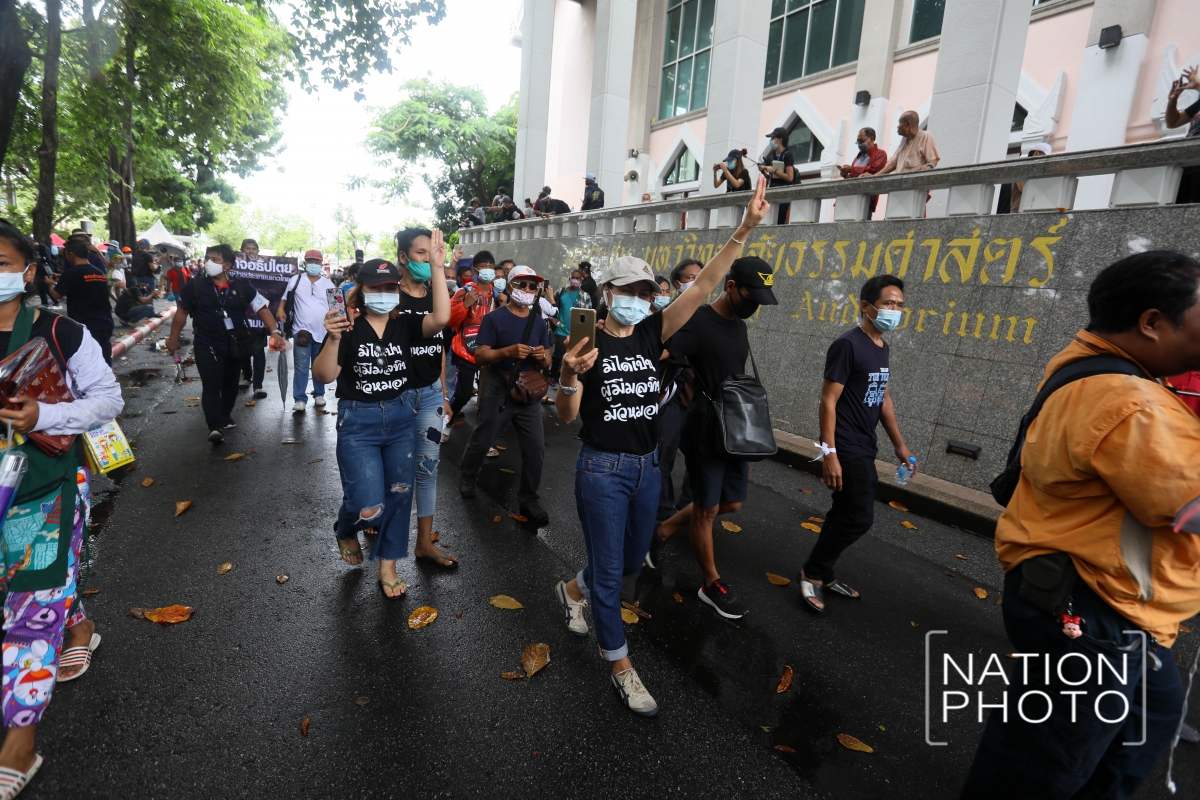