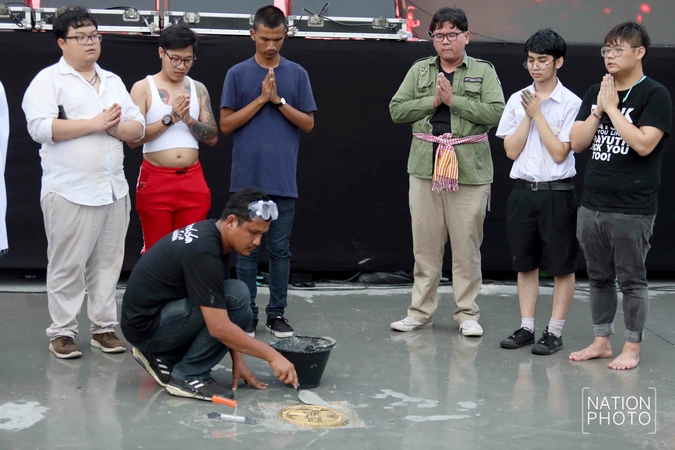 Anti-government protesters stepped up their defiance of the authorities by installing the "2020 coup memorial plaque" at the rally site in Sanam Luang in Bangkok on Sunday morning.

Tens of thousands of people began a pro-democracy rally on Saturday in Bangkok, bringing together protesters from across the country.

Music began playing at the rally site from as early as 6am on Sunday, as protesters stayed overnight.

The main protest organisers, the United Front of Thammasat and Demonstration group, at 6.41am installed a brass Khana Ratsadon (People's Party) memorial plaque, similar to the plaque commemorating a 1932 coup. Khana Ratsadon (People's Party) was a group of military and civil officers that led the 1932 revolution on June 24, 1932, changing the political system from absolute monarchy to constitutional monarchy.

The 1932 revolution memorial plaque had been installed at Royal Plaza in Bangkok's Dusit district. However, on April 14, 2017 it was found missing and replaced with an ultraroyalist plaque.

The protesters on Sunday drilled the plaque into the concrete floor near the protest stage with the message that Thailand belongs to the people and not to the monarch. 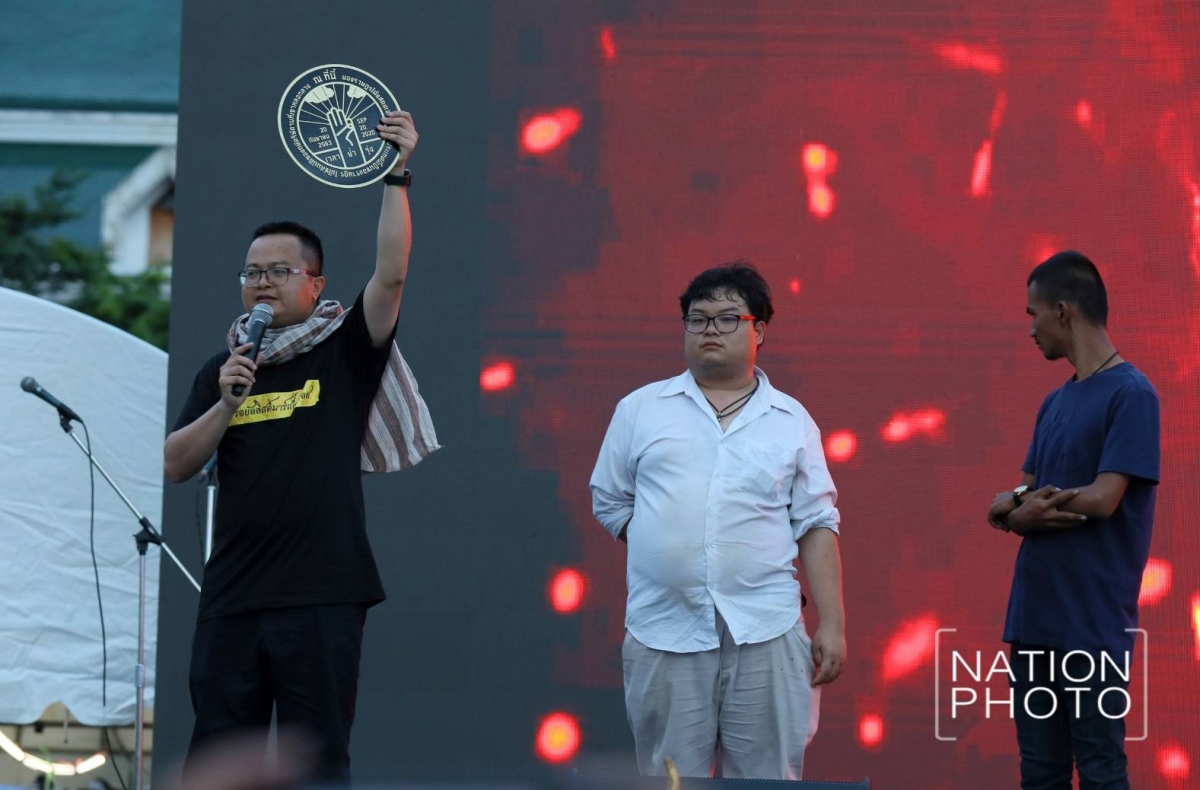 “On this September 20, there will be an important ceremony, which is to place the memorial plaque of the Khana Ratsadon cast in brass, 11 inches [28 centimetres] in size, in the early hours of September 20 and jointly announce that this country belongs to all citizens. Today [September 19], the Khana Ratsadon 2020 has officially formed at this People's Court. Tomorrow, the Khana Ratsadon announcement No. 2 will be read and everyone will be free,” anti-government protest leader Arnon Nampa said on Saturday night during his speech.

On Sunday at 8am, the leaders of the United Front of Thammasat and Demonstration have decided to march to Government House while officers have barricaded the area since last night.