Protest leader Parit Chiwarak has called for a nationwide labour strike from October 14 as part of steps he has laid out to fight for the restoration of full democracy.

The labour strike would also commemorate the student-led uprising for democracy on October 14, 1973. 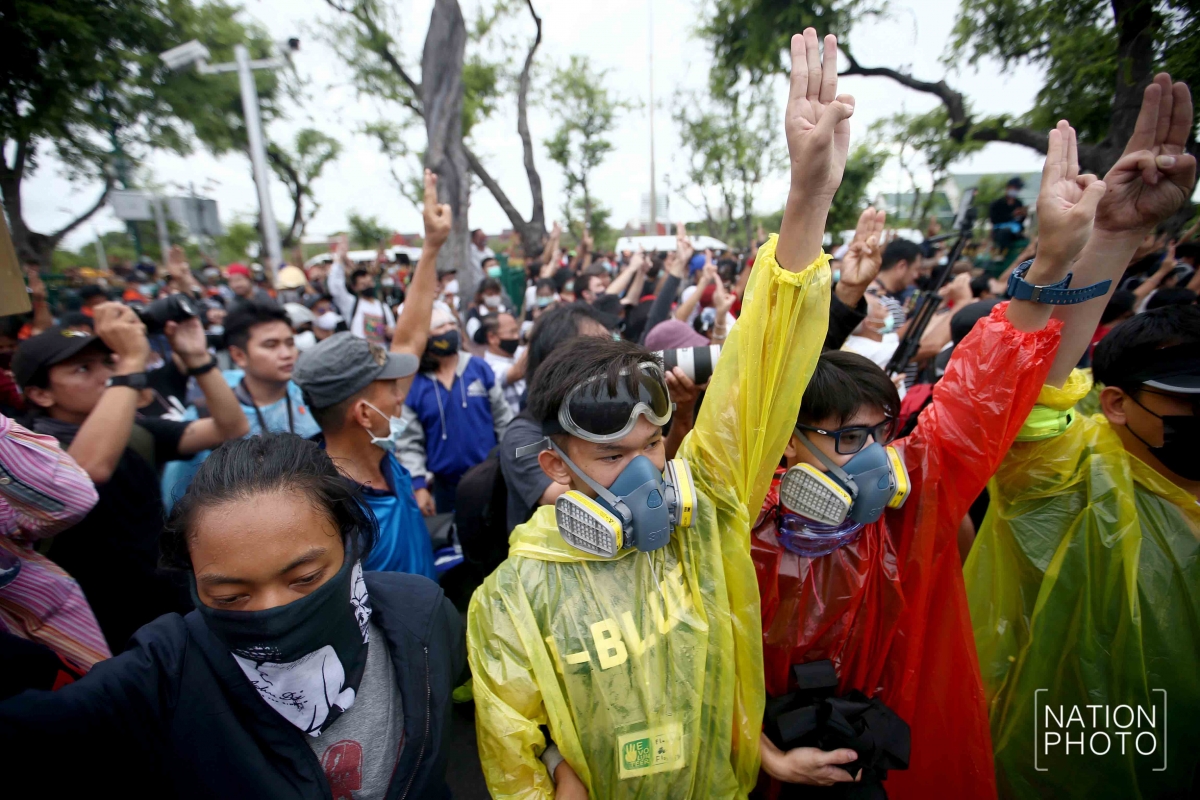 In a post on Facebook on Sunday, Parit, also known as Penguin, a leader of the United Front of Thammasat and Demonstration group that are organising the pro-democracy rallies, suggested eight ways in which everyone could play a role in fighting dictatorship:

2. When the Royal anthem is played in a cinema hall, do not stand up, but instead show three fingers.

3. Tie white ribbons to a fence, bag, or the wing mirror of your vehicle.

4. When you see a procession of dignitaries, whoever it is, honk loudly at them.

5. Place anti-dictator signboards along the overpass or at various communities, etc.

6. When [Prime Minister] Prayut [Chan-o-cha] visits any area, ask the local people to sign up to not welcome dictators.

7. Go on a strike from October 14 at the same time across the country.

Meanwhile, Parit announced on Sunday that the weekend rally would end at 9am, and the next rally would be held on September 24 in front of Paliament House to press their demand for amending the Constitution.