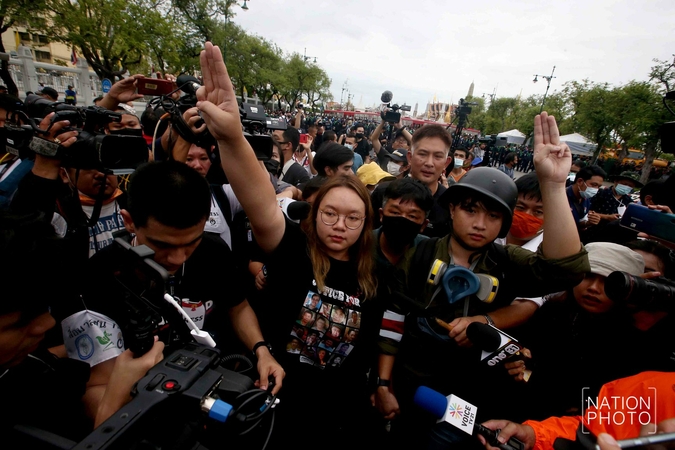 Protesters ended their two-day rally for democracy after pulling off a surprise on Sunday morning by submitting a letter to the Privy Council, outlining their demands to reform the monarchy.

After honouring the national flag at 8am, the Thammasat Coalition leaders came up together on the stage. Parit Chivarak, one of the leaders, surprised everyone when he announced that they would be submitting a letter to the Privy Council with 10 points for reforming the monarchy.

The protesters had all along been getting ready to march to Government House, when Parit announced the "biggest surprise" by saying they would be heading to the Privy Council office.

He emphasised to the protesters to use peaceful means, avoid clashes, control their emotions in the face of police confrontations and "go home safely".

He also urged General Surayud Chulanont, president of the Privy Council, to personally come out and receive their letter. 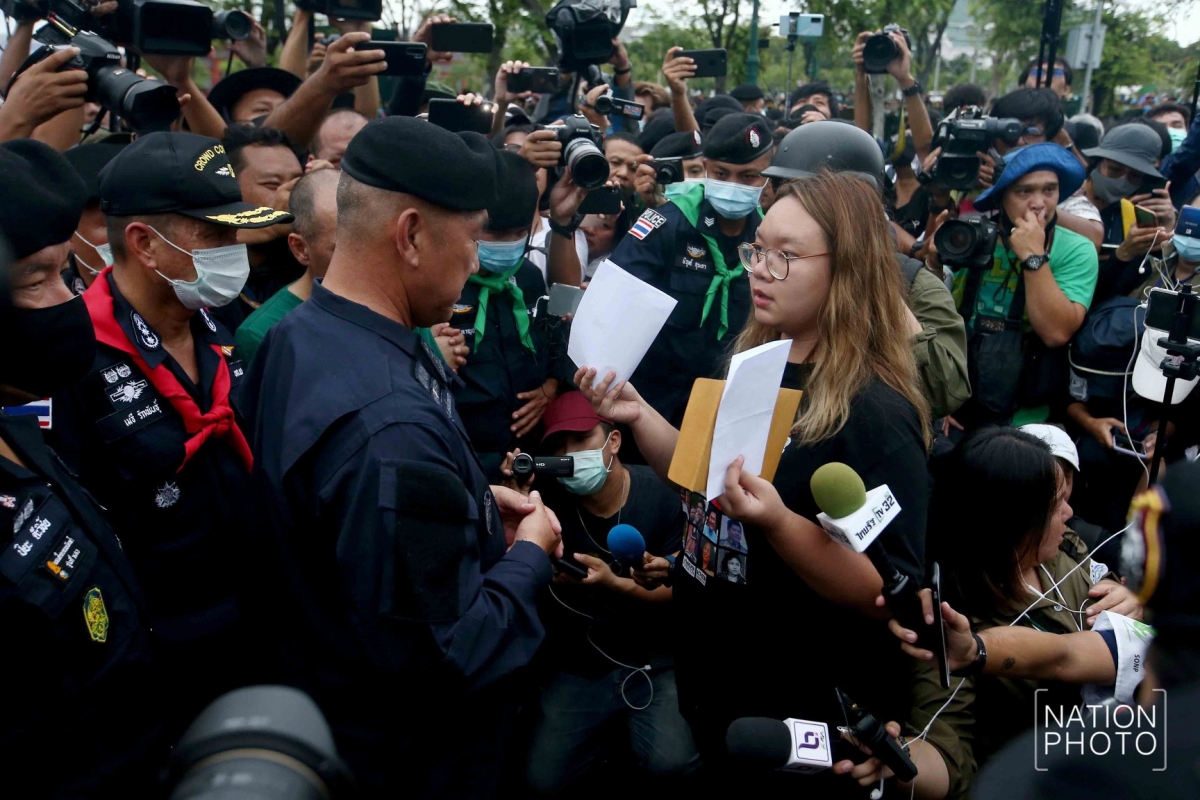 At 9.01am, a representative of the Privy Council, Pol Lt-General Phukphong Phongpetra from the Metropolitan Police Bureau, accepted the letter.

Rung walked back from the police line with co-leader Arnon Nampa, announcing victory.

Some observers believe the protest leaders had deliberately misled everyone by announcing plans to march to Government House when they actually intended to go to the Privy Council Office.

The protesters, however, were blocked by police near the Supreme Court and they ended up submitting their demands to a police officer, who received it on behalf of the Privy Council.