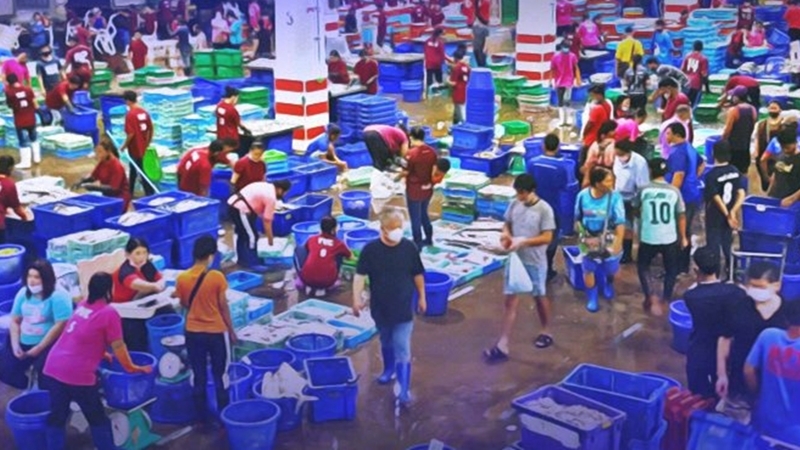 Mae Klong Fish Market in Samut Songkhram province will temporarily ban aquatic animals from Myanmar from September 23 due to the risk of Covid-19.

The announcement was made on September 18 after a second Covid-19 wave in the neighbouring country and the increasing number of patients.

Aquatic animals from Myanmar would be temporarily banned and buyers would be prohibited from bringing the animal containers out of the market, the announcement said.

The market believed that there was a danger of the virus infecting the animals and causing a new outbreak in Thailand too.