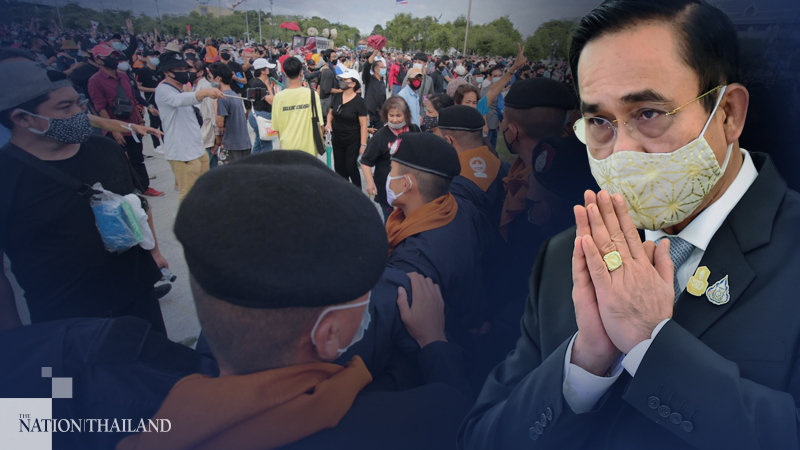 Prime Minister Prayut Chan-o-cha has thanked officials and the protesters for maintaining peace during the weekend rallies, Anucha Buraphachaisri, a spokesman for the Prime Minister's Office, said on Sunday.

The prime minister showed his appreciation for all officials and the people for keeping the situation under control. The staff has given great importance to ensuring the safety of the protesters, Anucha said.

In addition, the authorities and the general public avoided confrontation and provocation, preventing unnecessary tension. He said the government aims to give people the right to full freedom of expression under the Constitution.

"The prime minister wants all Thai people to join hands to overcome the obstacles that we are facing so that we can come out of the crisis together with great success," the spokesman said.