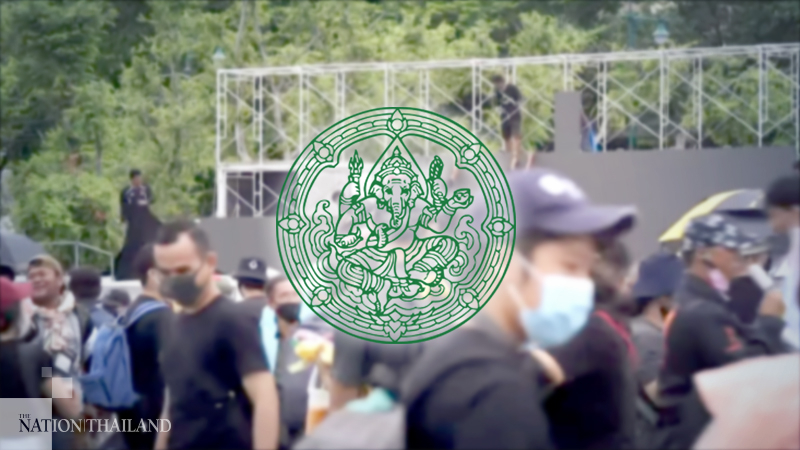 The Fine Arts Department has filed a police complaint against protesters for allegedly damaging a historic site.

The department is taking issue with the demonstrators for installing a plaque, which was tantamount to trespassing Sanam Luang, and a violation of the Archaeological Site Act.

Entering Sanam Luang and doing activities such as installing a plaque are an offence under Historical Sites, Archaeological Objects, Art Objects and National Museum Act 1961, Prateep Phengtako, the department's director-general, said on Monday.

In its complaint filed on Monday, the department cited invasion, and damage or depreciation, on Sunday at the Sanam Luang area, which is a registered archaeological site.

The plaque was embedded in a concrete area that was made for the funeral of the late King Rama IX. However, the royal funeral was allowed and had become a part of history, but the plaque was illegally installed there, marking destruction and depreciation of the historic site, the department said.