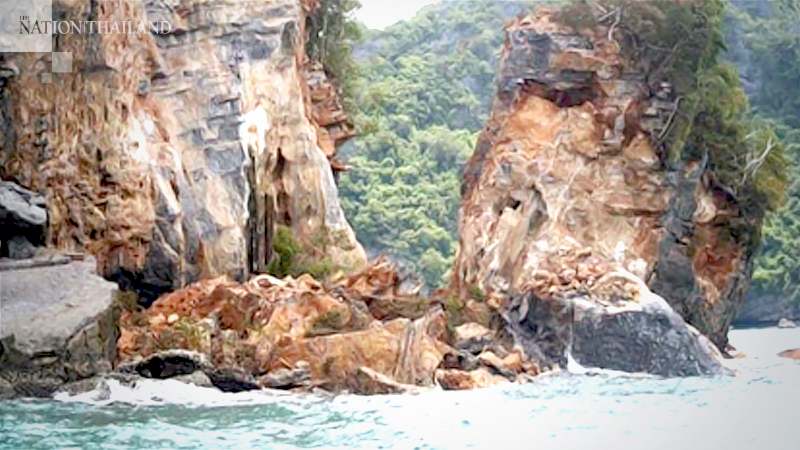 Staff at Angthong National Marine Park in Surath Thani are on the alert for more storm damage after a large chunk of Hin Tak island split off and slid towards the ocean.

About 15-20 per cent of the island was sheared off when storm Noul and the southern monsoon brought heavy rain and strong waves to the area over the weekend.

The park covers 102 square kilometres and 42 limestone-karst islands in the Gulf of Thailand.

Park staff have been ordered to monitor the situation as more land slips may occur. They are also checking the scale of the damage in the affected area. Park residents and fishermen have been told to keep away from coastal areas at danger of storm damage.