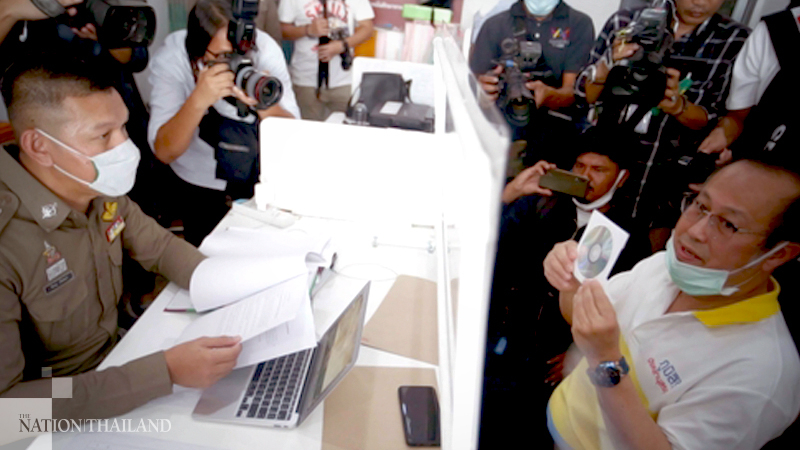 A group of ultra-royalists filed police complaints on Monday (September 21) against the three key leaders of the protest at Sanam Luang this weekend.

He also handed in photographs and recordings of their speeches to Chanasongkram Police Station as evidence. 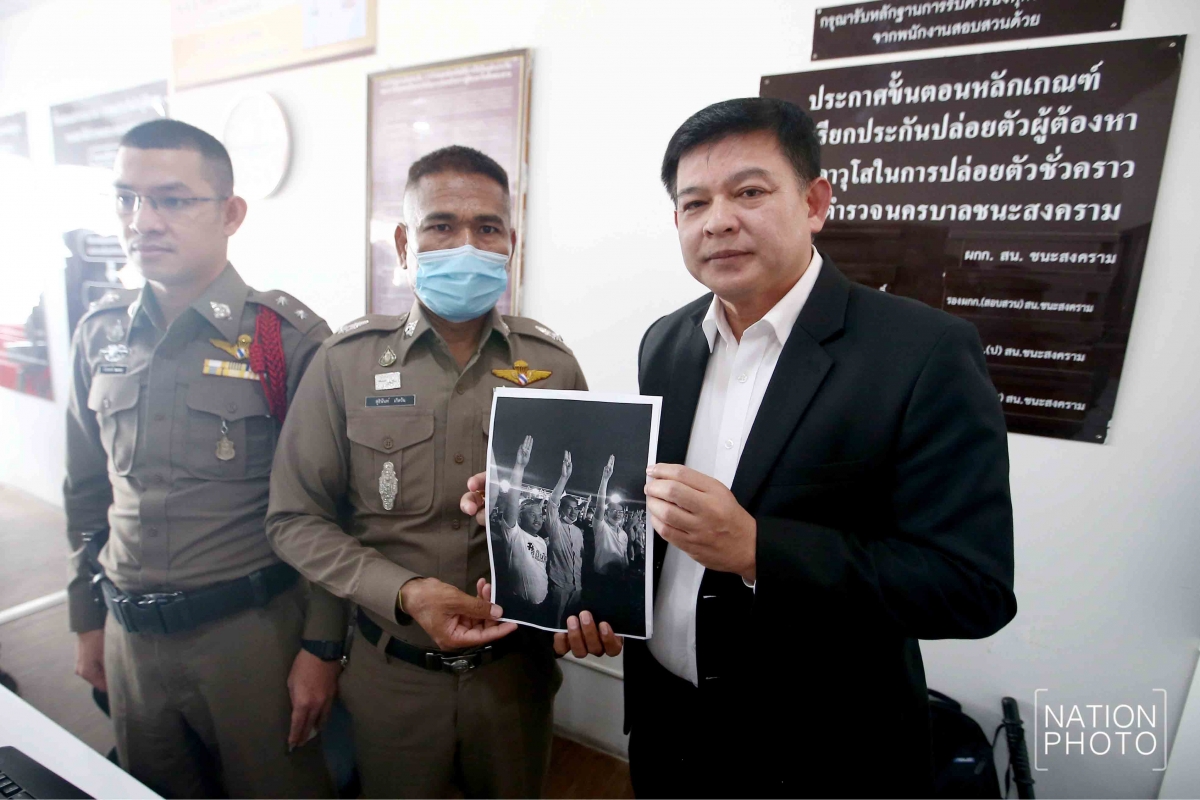 Sira demanded legal action against the trio for showing up at the anti-government protest and raising the signature three-finger salute a venue that prohibits public gatherings.